The next-generation Audi R8 LMS GT3 made its world debut at this year's Geneva Motor Show. Following the footsteps of the first-generation GT3 racecar that won 26 GT3 championships between 2009 and 2014 along with other accolades, Audi claims that the all-new R8 LMS GT3 is safer and lighter.

Now based on the 2015 Audi R8, it features a modified front and rear section that meets crash test requirements normally found on the much lighter Le Mans Prototype (LMP) cars like the R18 e-tron quattro. With the use of Audi's new Space Frame, overall weight of the new R8 LMS GT3 has also been reduced to 1,225 kg, 25 kg lighter than the previous generation. 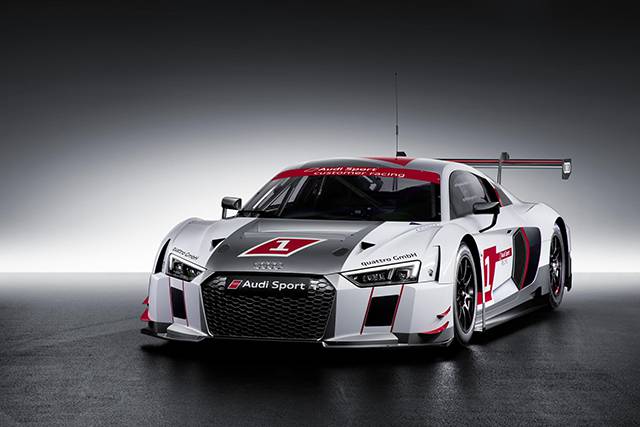 Inside, it has Audi's Protection Seat PS 1 which was originally installed on the brand's LMP cars. It is directly connected to the chassis for added stiffness. Moreover, a rescue opening roof has also been placed on the new GT3 race car for the first time which allows rescuers to safely remove the helmet of a driver without straining the spine according to Audi.

Providing power is a 5.2-liter V10 engine that can generate up to 585 PS. Audi added that the engine practically remains unchanged from the production version and has a scheduled rebuild interval of 20,000 km. It is mated to a newly-developed, lightweight six-speed sequential gearbox and also makes use of race-specific wishbones. 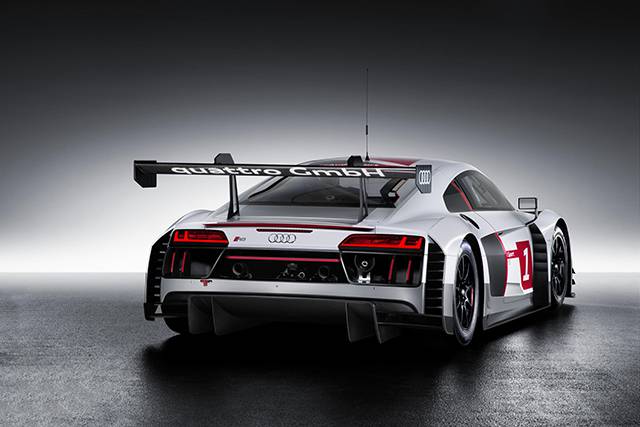 Audi has already scheduled the next-generation R8 LMS GT3 for racing at this year's 24 hour races at Nurburgring (May 16 – 17) and at the Spa-Francorchamps (July 25 – 26). The company will start to take customer orders for the racecar at the second half of 2015 while first deliveries will commence near the end of the year.

Marlon Stockinger will be back with Status Grand Prix for his 2015 GP Series debut next week in Yas Marina.