Lewis Hamilton made several milestones during the British Grand Prix. He surpassed Ayrton Senna's record for pole positions and, with his win, he equals Stirling Moss in most British Grand Prix wins with five, as well as Jim Clark's record of four straight British GP wins. His win also proved crucial for the championship as he is now just one point behind Sebastian Vettel after the current leader encountered tire problems on the last lap.

There was drama before the race even began with Joylon Palmer's Renault suffering an engine issue. This forced the grid to abort the start and do one more parade lap. Despite that setback, Hamilton carried over his dominant performance during qualifying on race day. As the grid set off, the British driver made a clean getaway from Kimi Raikkonen. 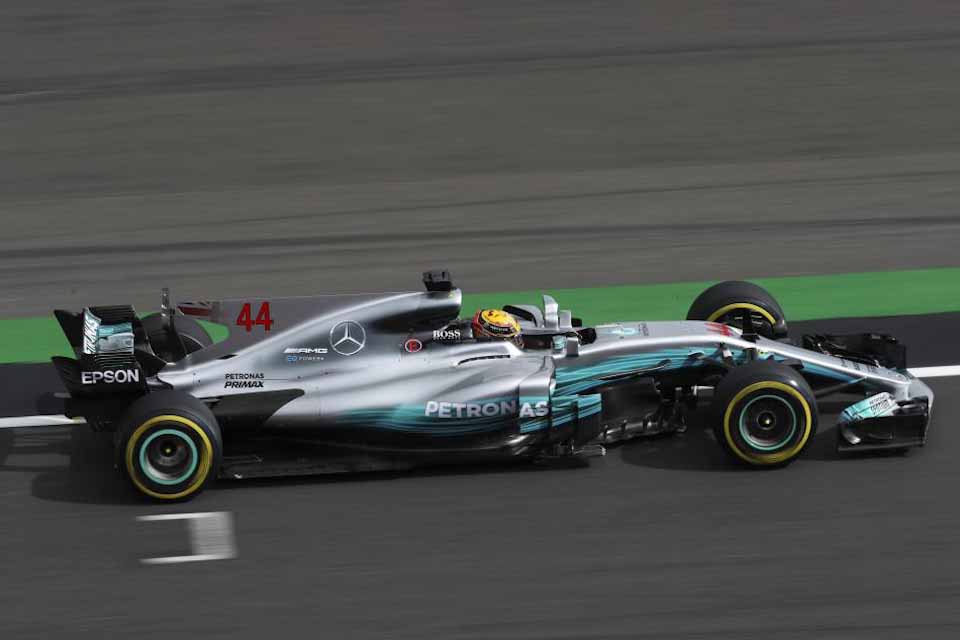 In the short span of a lap, Hamilton did his best to pull away from the pack but it would all come undone on a few moments later. For the second race in a row, Daniil Kvyat slammed into yet another car, this time, with team mate Carlos Sainz Jr. With scattered debris and Sainz Jr. unable to move his car, the safety car was brought out. Racing resumed two laps later and Hamilton continued his strong run, pulling away from Raikkonen. Raikkonen meanwhile was pulling away from Verstappen and held a steady gap in second.

Verstappen meanwhile was under pressure from Vettel. After a strong run on the back straight, Vettel came close to taking third away from Verstappen with a bold dive on the inside. Verstappen however had the inside line for the next corner, allowing him to keep his position. Vettel did get third after Verstappen went in the pits for new set of tires. Meanwhile, Fernando Alonso was forced to retire from the race following a power unit failure. 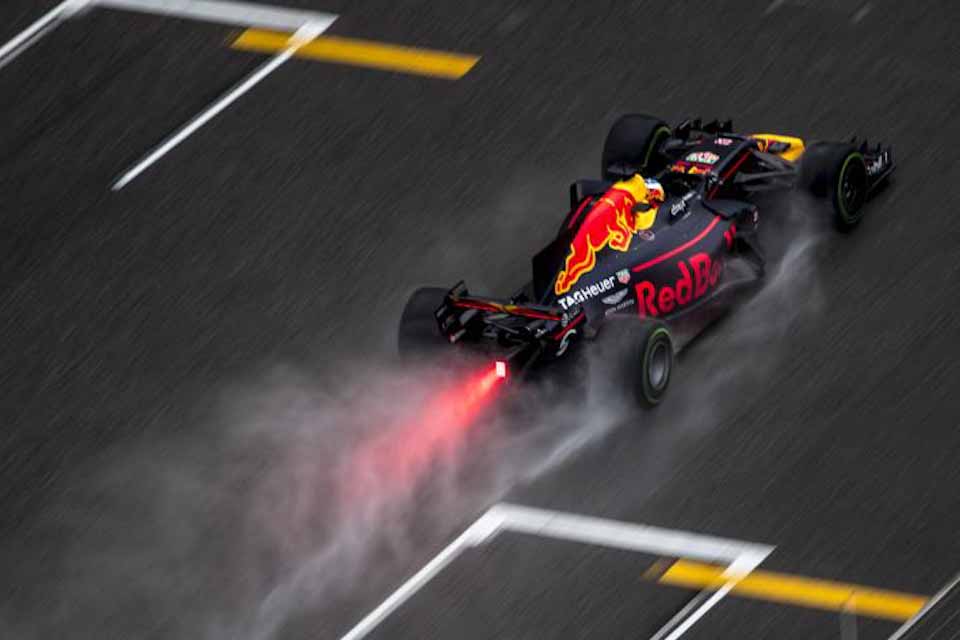 Further back, Daniel Ricciardo was doing his best to keep his podium streak running. After starting from the back of the pack following a turbo change, the Australian had climbed up over ten spots by the end of the pitstop cycles. At the same time, Valtteri Bottas was in contention for the podium after being forced to start in ninth to serve an engine change penalty.

After a few laps, Bottas was now much closer to Vettel, who was sitting in third at the time. Vettel went on full defense when Bottas went wheel to wheel the with Ferrari driver. In an effort to keep his position, Vettel locked up his brakes, a move that would cost him in the penultimate lap. 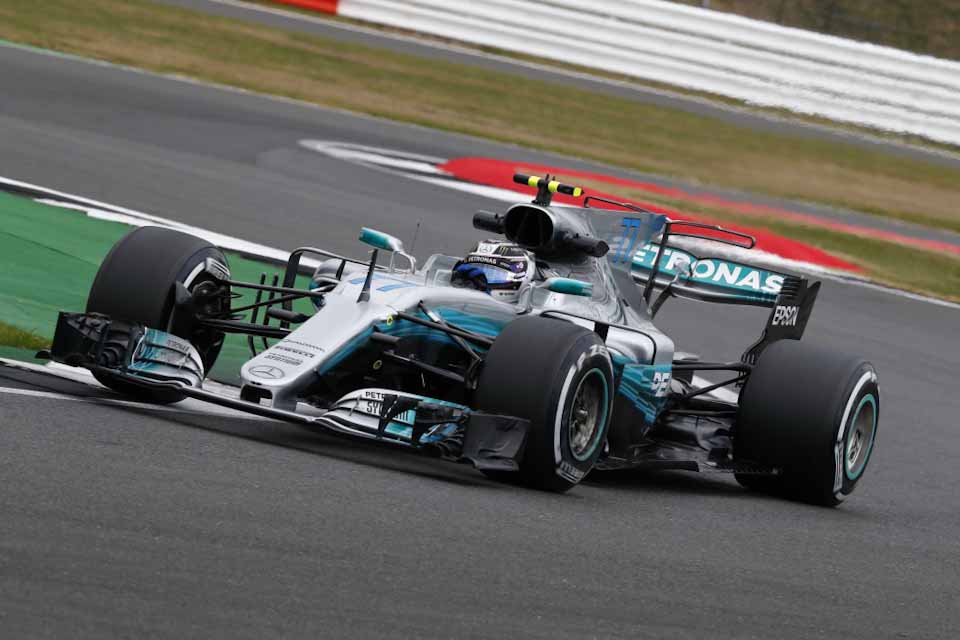 By the closing stages of the race, it was clear that Hamilton would be unchallenged for the lead but trouble would hit the Ferraris, running second and third at the time. With two laps to go, Kimi Raikkonen's front left tire went soft and he ducked into the pits for new tires. This moved Vettel into second and Bottas to third but it would not stay for long. On the final lap, it was Vettel's tire that let go, allowing Bottas to take second with Hamilton leading a Mercedes-AMG 1-2 finish. Despite the quick pit stop, Raikkonen salvaged third but the last lap drama proved costly for Vettel.

Finishing just outside the podium are the Red Bulls of Max Verstappen in fourth and Daniel Ricciardo in fifth. Sixth meanwhile went to Nico Hulkenberg, a strong run from the Renault driver. Vettel on the other hand managed seventh, barely clinging on to the championship lead. The two Force Indias of Esteban Ocon and Sergio Perez cross the line in eighth and ninth respectively and taking the final points scoring position is Felipe Massa in tenth.