Hamilton bounces back after costly error in Monaco

After a misjudged call to enter the pits in Monaco, Lewis Hamilton redeemed himself with a flawless Canadian Grand Prix which he led from start to end. Hamilton showed his dominance over the field with a 2.3 second lead over Nico Rosberg.

Hamilton's victory and Rosberg's second place finish marks the 20th 1-2 finish for Mercedes-AMG, showing no sign of slowing down for the team. Rounding up the podium was Valtteri Bottas who was 40 seconds away from the Mercedes-AMG pair.

As soon as the red lights went out, Hamilton set off with a rocket start and soon had a 1 second gap ahead of Rosberg. 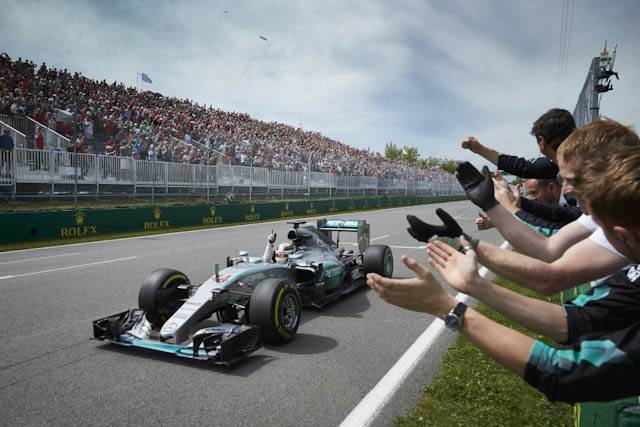 Kimi Raikkonen had a secure spot in 3rd until he spun out at The Hairpin. "Exactly the same happened last year!" said Raikkonen over the team radio. Raikkonen finished 4th and set the fastest lap of the race with 1:16.987.

The Canadian Grand Grix also saw brilliant drives from Felipe Massa and Sebastian Vettel, who started from 15th and 18th respectively. Vettel started 18th due to a penalty during practice sessions. He overtook a car during a red flag period and was given a 5-place grid penalty. Vettel bounced back with a good launch and was in 16th before the first turn. Massa jumped 4 places up in less than 10 laps. Massa also millimeters away from Marcus Ericsson while fighting for P11. Vettel and Massa would eventually finish 5th and 6th respectively. 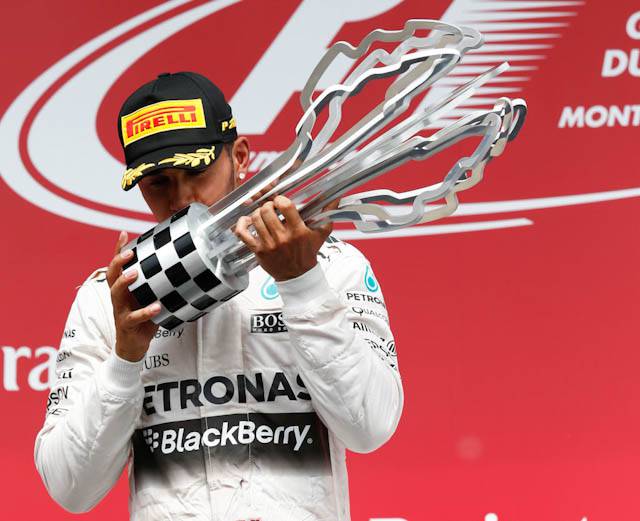 Pastor Maldonado turned his fortunes around and finished 7th, while Nico Hulkenberg finished 8th. Daniil Kvyat crossed the line 9th and Romain Grosjean ends up in 10th after a 5 place penalty for causing a collision. Grosjean had cut off Stevens and punctured his tire in the process. Stevens lost his front wing and finishes 4 laps down.

McLaren team woes continue as both drivers, Jenson Button and Fernando Alonso, had to retire from the race with exhaust and engine issues.

Arnold Schwarzenegger to drive pace car in Sonoma on June 28