Nico Rosberg may have finished second but he was the happiest man on the grid following the conclusion of the 2016 Abu Dhabi Grand Prix. Lewis Hamilton takes the checkered flag but Rosberg's second place finish was enough for him to clinch his first championship. 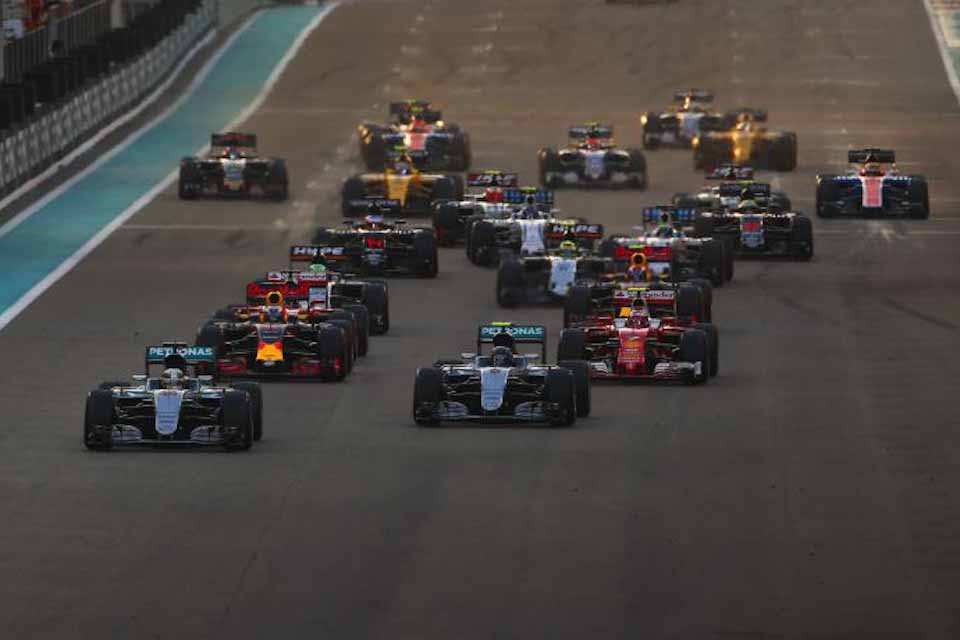 Hamilton took pole for the final race of the season with Rosberg alongside him in the front row. It was Mercedes-AMG's 14th front row lock out of the season. When the five red lights went out, Raikkonen was off to a strong start and overtook Daniel Ricciardo before the first turn. At turn one, Max Verstappen made contact with Nico Hulkenberg, sending the Red Bull driver into a spin. Verstappen was able to keep his car out of the wall and resumed racing.

By lap five, Hamilton had pulled a gap away from Rosberg while Raikkonen was under pressure from Ricciardo. Meanwhile, Verstappen was mounting a strong recovery drive was quickly entering the top 10. On the seventh lap, the Mercedes-AMG team opted to go for an undercut strategy with Ferrari following suit on the next lap. With Hamilton in the pits, Raikkonen dove in for his tire change and briefly help up Hamilton who was finished with his stop. Like his team mate, Rosberg would also be held up during his pitstop by a Ferrari, this time with Sebastian Vettel. Valtteri Bottas later retired from the race due to excessive vibrations from the rear wheels. 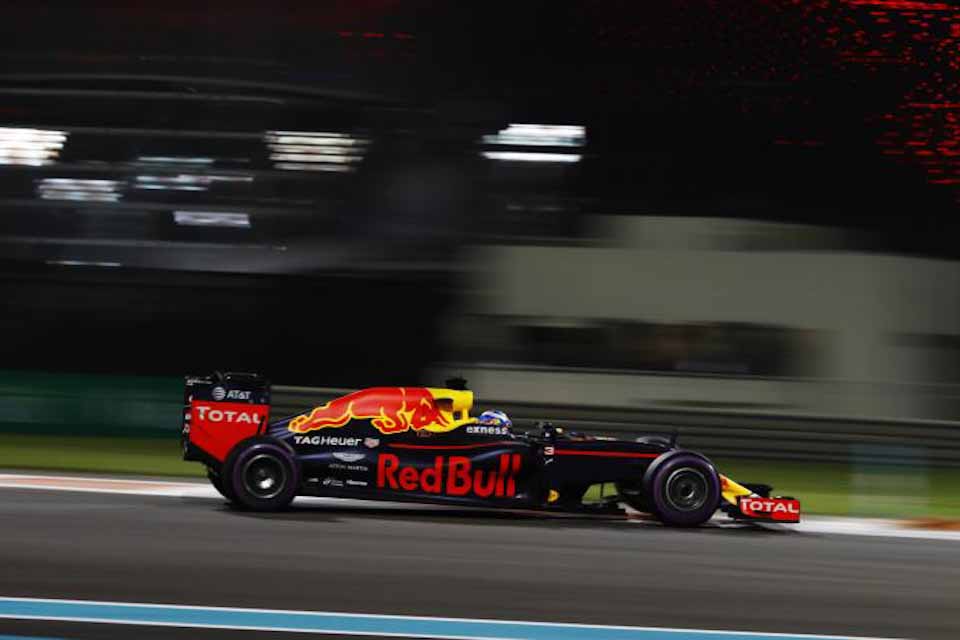 While the rest of the field stopped for new tires, Verstappen opted not to go to the pits. At that moment, he was in second place in between Hamilton and Rosberg. With the championship hanging in the balance, Rosberg made a bold move on Verstappen by lunging on the inside in turn 8. No contact was made between the two and Rosberg was now up to second place. Verstappen pitted a few laps later and Rosberg then set a string of fast lap times to distance himself from the third, fourth and fifth place cars of Raikkonen, Ricciardo and Vettel. Meanwhile, Jenson Button was forced to retire from his final grand prix when his suspension collapsed and the car became undriveable. 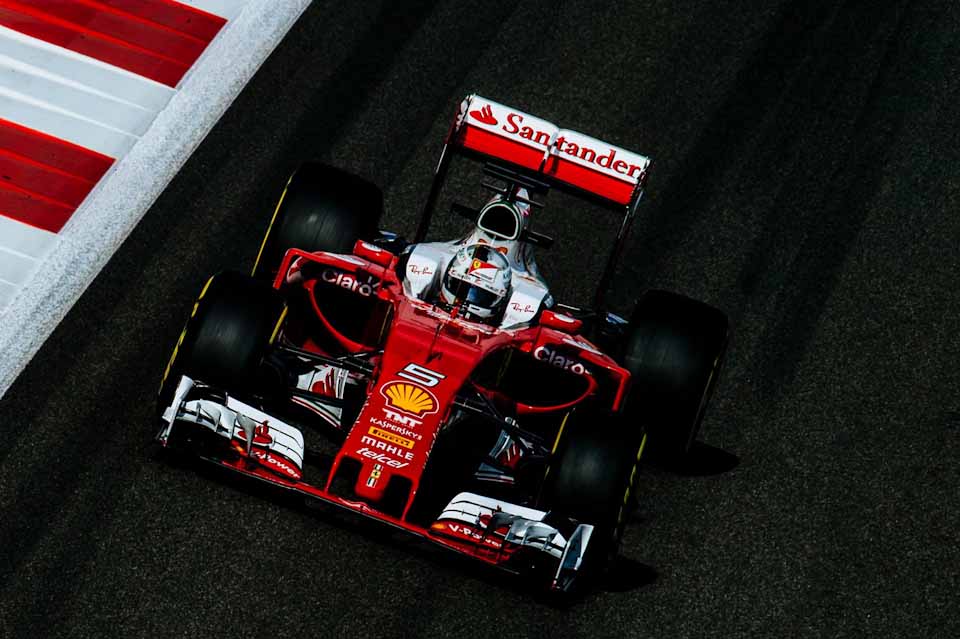 More undercut strategies would happen later on when Ricciardo ducked into the pits to gain an advantage over Raikkonen. The strategy worked, allowing Ricciardo to get past Raikkonen, who pitted a lap later. The undercut had also proved effective for Verstappen and the Red Bulls were now running third and fourth. Vettel later pitted and rejoined the race in sixth. With a fresh set of tires, Vettel would later prove to be a threat to Rosberg's title as he began his charge to the front.

At the middle of the field, Carlos Sainz Jr. and Romain Grosjean would repeatedly make contact with each other, much to the annoyance of the latter. Esteban Ocon then clipped Felipe Nasr's rear wheel and lost a chunk of his front wing. Ocon would later have a run in with his own team mate, Pascal Wehrlein, but both were able to continue racing. Jolyon Palmer meanwhile rammed the rear end of Sainz Jr.'s Toro Rosso and was later given a penalty. 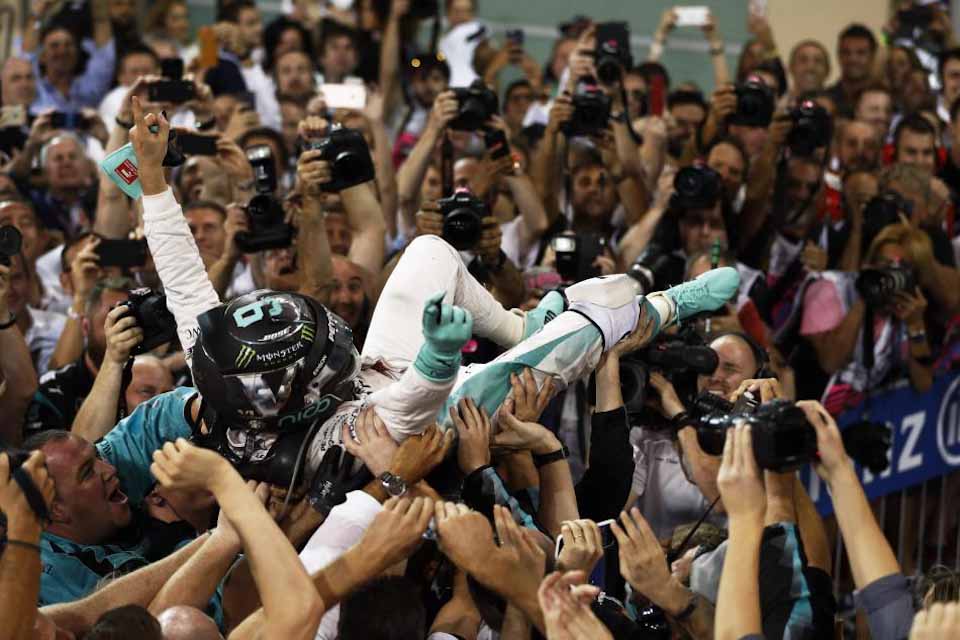 During the closing stages of the race, Hamilton slowed down his pace allowing the top five to bunch up together. Meanwhile, Vettel quickly dispatched his team mate and Ricciardo to jump to fourth. After a few laps wheel to wheel with Verstappen, Vettel was able to pass the young Dutch and was now getting closer to Rosberg. With Rosberg still in second, Hamilton maintained a cruising pace to let Vettel get even closer to Rosberg.

Despite challenges from Vettel, Rosberg was able to hold off the Ferrari for the title. Hamilton later crossed the line first with Rosberg in second, just where he needed to be. Vettel snaps up another podium in Abu Dhabi in third. In fourth was Verstappen, followed by team mate Ricciardo in fifth. Sixth went to Raikkonen while seventh to Hulkenberg. Sergio Perez, Felipe Massa and Fernando Alonso round up the top ten.