Hyundai turns the Veloster N into an electric race car

The Hyundai i30 N TCR race car appears to be a very competitive vehicle after two teams driving the car managed to win the FIA World Touring Car Cup (WTCR) drivers' and teams' title in the inaugural season of WTCR.

After a dramatic season, Gabriele Tarquini in his Hyundai i30 N TCR of BRC Racing Team, managed to secure the FIA WTCR drivers' championship at the season finale in Macau. Meanwhile, M Racing-YMR captured the teams' title at the final race of the season. What made it more exciting was that the championship leader only won by 3 points ahead of Yvan Muller of M-Racing YMR, who finished second in the championship points. Curiously only three points separated M-Racing YMR and BRC Racing Team in for the teams' title as well.

“It’s obviously a great feeling to win the title. It’s been a year of hard work, not only for me, but by all of the BRC Racing Team and Hyundai Motorsport Customer Racing as well. The competition in FIA WTCR this year has been fantastic – right down the final race. There have been so many good moments, and the Hyundai i30 N TCR has proved itself to be the car to beat all season,” said Tarquini. 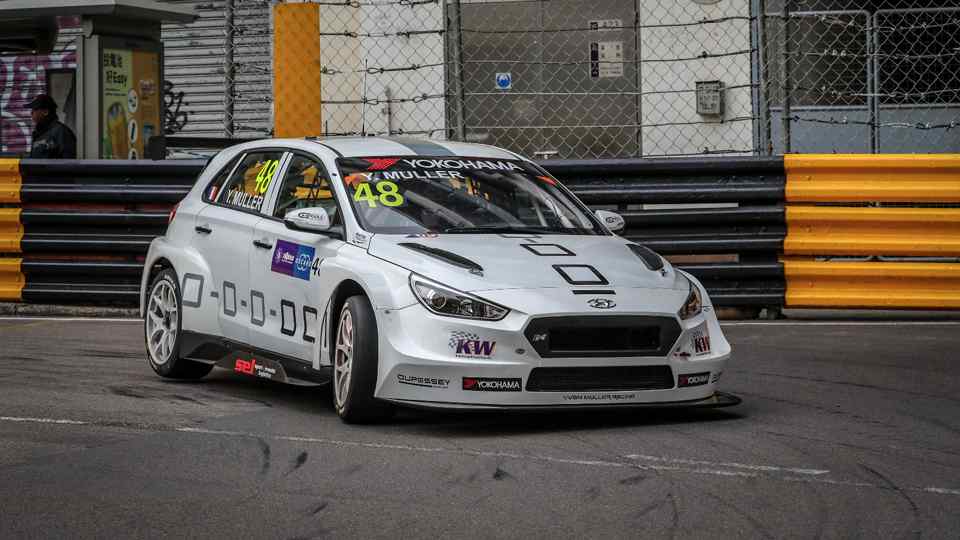 It wasn't all easy for Tarquini however. In the final race at Macau, the Italian only managed to finish 10th place. Meanwhile, Muller managed to move his way up the field and finish in 4th. Fortunately for Tarquini, his wins and podium finishes in the previous rounds of the season allowed him to secure the drivers' title. Meanwhile Muller together with his teammate Thed Bjork, who finished in 8th managed to clinch the team's title in the season closing race.

“We are extremely proud to see a Hyundai customer secure the inaugural FIA World Touring Car Cup title. Congratulations to the MRacing-YMR team and Gabriele Tarquini on a great job this season. It is an honour to have seen our Hyundai i30 N TCR performing so strongly against impressive competitors in the maiden season of WTCR, and indeed around the world,” said E. S. Chung, Executive Vice Chairman of Hyundai Motor Group.