Beyond the Vios Cup

BMW realigns its Formula One involvement

By now you've been reading and hearing about the Toyota Vios Cup, TMP's new effort into racing in well over a decade. The series will highlight the new Toyota Vios and not to mention the 'new' Toyota Philippines, kick starting a more fun, more exciting side to the country's number one automaker.

Right now Toyota will be focusing their efforts on promoting the Vios Cup full blast as they're targeting a 10 round, 35-car one-make series featuring the Philippines' best selling nameplate. But we've received word from our sources that if all goes well for the Vios Cup in 2014, we could see racing programs from Toyota. 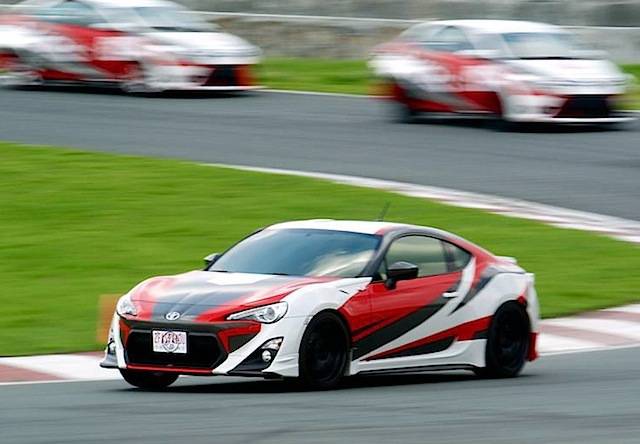 The next step up would be -yes, you guessed it- a Toyota 86 one-make race. We don't have to highlight how exciting this series would be.

The pattern in which Toyota Philippines could hold their motor sports program in the coming years would probably follow the example set by Toyota Thailand, as they have had their one-make race efforts for a decade now featuring cars like the Vios and even the Toyota Hilux. We may not see a pick-up based racing series, but the Altis and the 86 one-make race are definitely great events to look forward to in the coming years.

The upcoming Toyota Vios Cup is only the beginning of what could probably be a much larger motor sport program. Keep in mind that this is a marketing effort, and like any marketing-driven program, the success and progression of Toyota's involvement in motor sport hinges largely on the public's support for racing in the Philippines.

If you wish to see the Altis and the 86 (or possibly even other models) compete around the track in their own respective one-make race programs, show Toyota Motor Philippines some love and support the Vios Cup when it officially kicks off this Friday (September 20) followed by an exhibition race on October 12, 2013 at the Clark International Speedway.

Find out how the young Ralph Boschung claimed his victory

Toyota shows us how it wants to rule the world