Kamui Kobayashi posts CV in bid to drive for Mercedes

Following Nico Rosberg’s sudden announcement of his retirement after securing this year’s driver’s championship, Mercedes found themselves in a rather peculiar predicament: who to replace him with?

This concern, as heavy and loaded as it is, gave the Silver Arrows an opportunity to post an advertisement in Autosport magazine that details their requirements for the replacement driver. While the ad appears to be a bit comical and cheeky to the average reader, aspiring drivers do not appear to be taking any chances – one such fellow being Kamui Kobayashi. 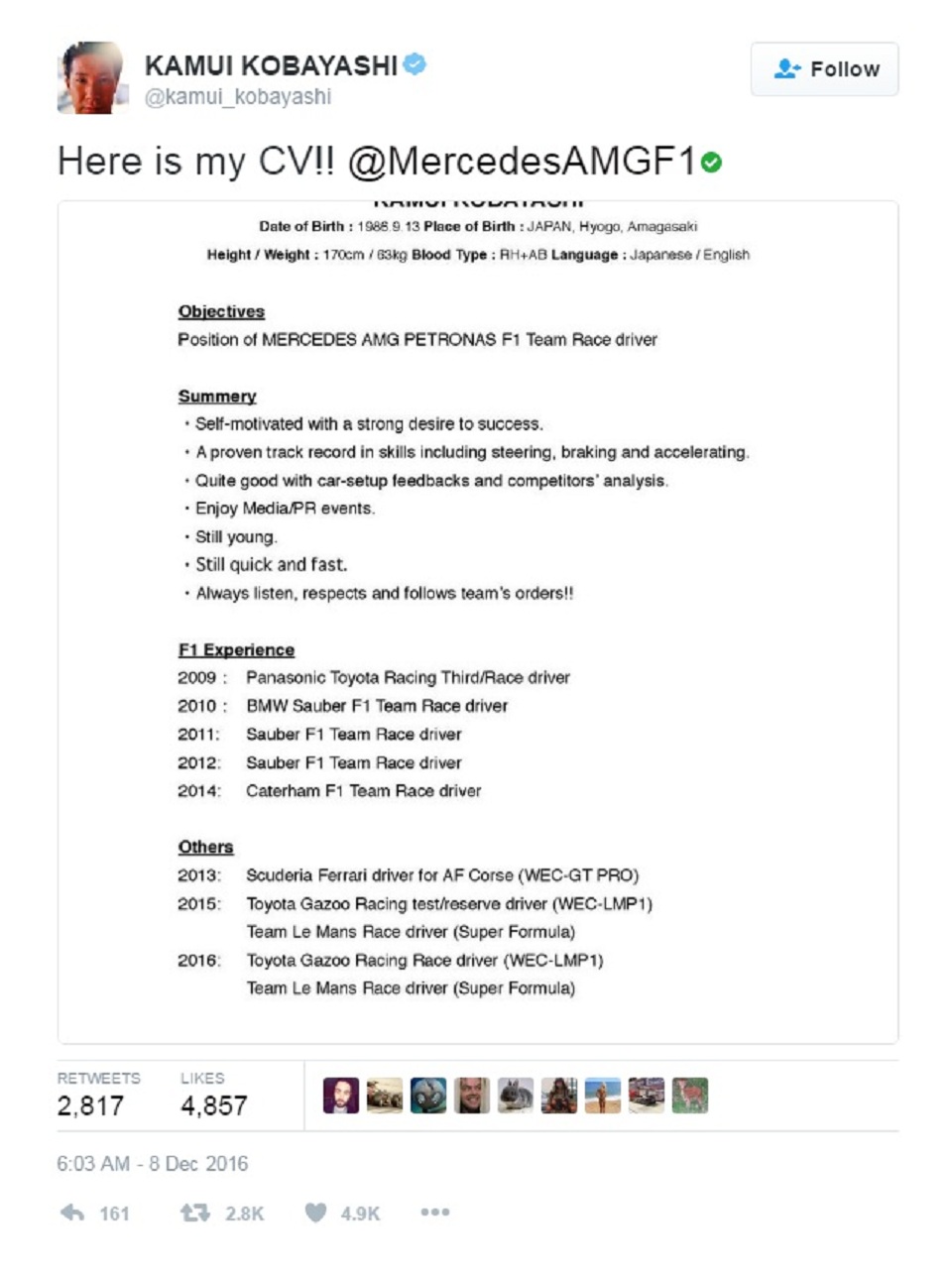 Having last driven in F1 in 2014 for Sauber, Kobayashi expressed his interest in the seat by posting a short CV on Twitter that details his experience in top-tier motorsport. With a strong background in F1 as well as having driven for Toyota in Le Mans, Kobayashi certainly has a solid repertoire to back his bold claim for the seat. Perhaps the best detail of his CV however is his expression of his ability to “always listen, respect and follow team orders” – an obvious (albeit cheeky) reference to Lewis Hamilton’s disobedience of team orders during the last race in Abu Dhabi.

Mercedes team boss Toto Wolff says the team is prepared to make a “brave” move with regards to selecting a replacement driver. Will Kobayashi fall under one of their choices for the seat?

All-new Shelby FP350S Mustang is ready for the track