Block will compete in three rounds

Ken Block announced that he will join the all-new FIA World Rallycross Championship. Block confirmed that he will compete in a minimum of three rounds.

Block will be driving a Ford Fiesta under the Hoonigan Racing Division and his first World RX campaign will be in Hell, Norway from June 14-15. He will also compete in Loheac, France (September 6-7) and Instanbul, Turkey (October 11-12).

"Racing in three of the World Rallycross Championship rounds for the first time ever. I’m pretty sure nobody has a better job than me this year," said Block. 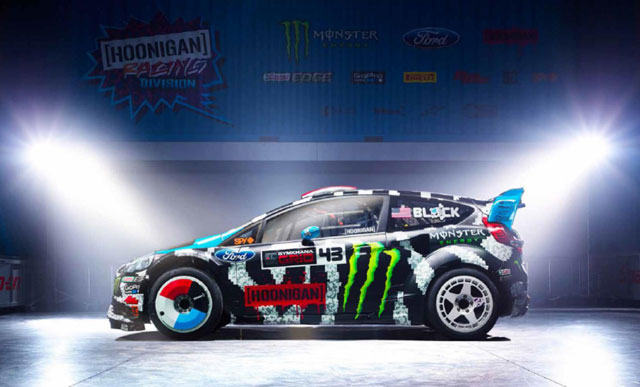 “We’re absolutely delighted to have Ken Block and Hoonigan Racing on board for three rounds of this year’s FIA World Rallycross Championship. Block’s style epitomizes World RX and his huge international following will help lift the profile of our championship to a younger and more digitally-savvy generation. He’s a hugely exciting personality to have on board in 2014 and his spectacular driving style will make for fantastic crowd-pleasing entertainment,” said Anayi.

..and you can head on over to the Clark International Motor Show this weekend to meet them

Ken Block teams up with Audi to develop electric vehicles