After a mid-pack finish in the European Grand Prix, Lewis Hamilton bounced by winning the 2016 Austrian Grand Prix. His win however was marred by a last-lap incident involving his team mate, Nico Rosberg. 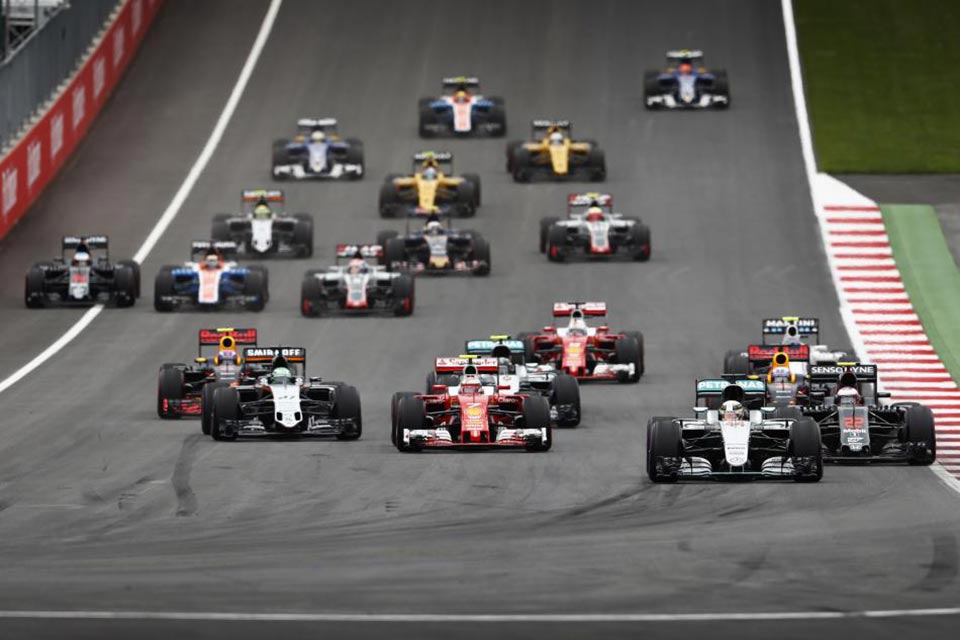 For this race, Hamilton qualified pole with Nico Hulkenberg in P2. McLaren Honda showed promise by qualifying in P3 with Jenson Button. When the five red lights went out, Hamilton took advantage of his pole position with a strong start. Kimi Raikkonen meanwhile gets a good launch while Hulkenberg fumbles, handing second place to Button and gets demoted to fourth. Nico Rosberg meanwhile was charging through the field.

The majority of the pack opted to pit in on lap 10 and staying out is Hamilton, Raikkonen and Rosberg. After the first round of pitstops, Max Verstappen was making waves and soon found himself in fifth place. Jenson Button meanwhile stays in the top 10. Hamilton opted to take his first stop on lap 22, handing the lead to Raikkonen. Trouble hits Sebastian Vettel when his right rear tire exploded and left debris all over the track. The blow out forces Vettel to retire from the race which, rather unfortunately, was on his birthday. 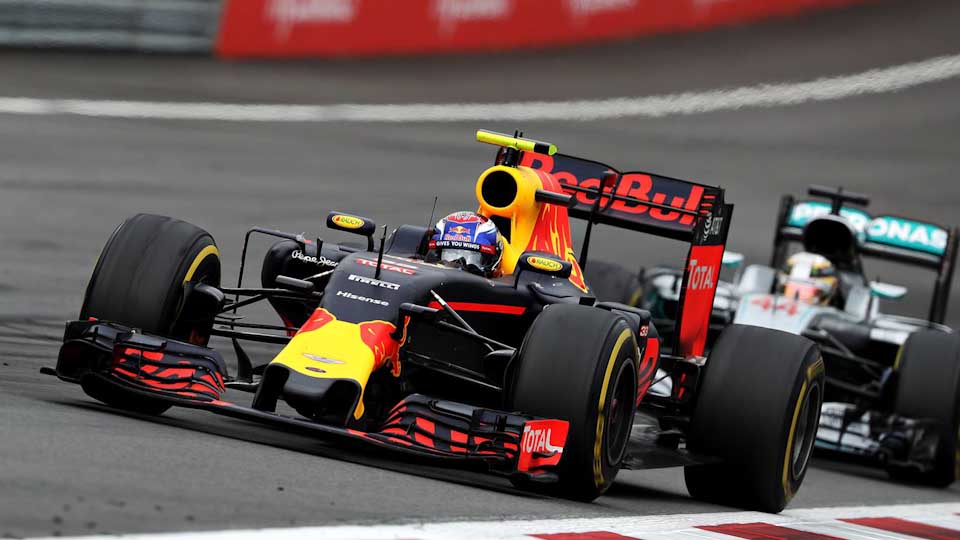 With debris scattered all over the track, the safety car was deployed and teams decided to enter the pits for a fresh set of tires. At this point, Rosberg and Hamilton occupy the top two spots and the German leads field and seemed prime for yet another Mercedes-AMG 1-2. Max Verstappen meanwhile moves to third. More bad luck for Nico Hulkenberg as he was given a five second penalty for speeding in the pitlane. Past the halfway point, Rosberg's lead over Hamilton is slowly increasing.

Rosberg is starting to feel the effects of damage he sustained when Vettel's tire blew up in front of him. As a result, Hamilton is slowly closing in on his team mate. Meanwhile, Max Verstappen sits comfortably in third. Jenson Button continued his strong pace when he was able to overtake the Williams of Bottas for sixth place. Ahead of him lay Daniel Ricciardo and Kimi Raikkonen. As the laps wind down, the field decides to pit one last time. 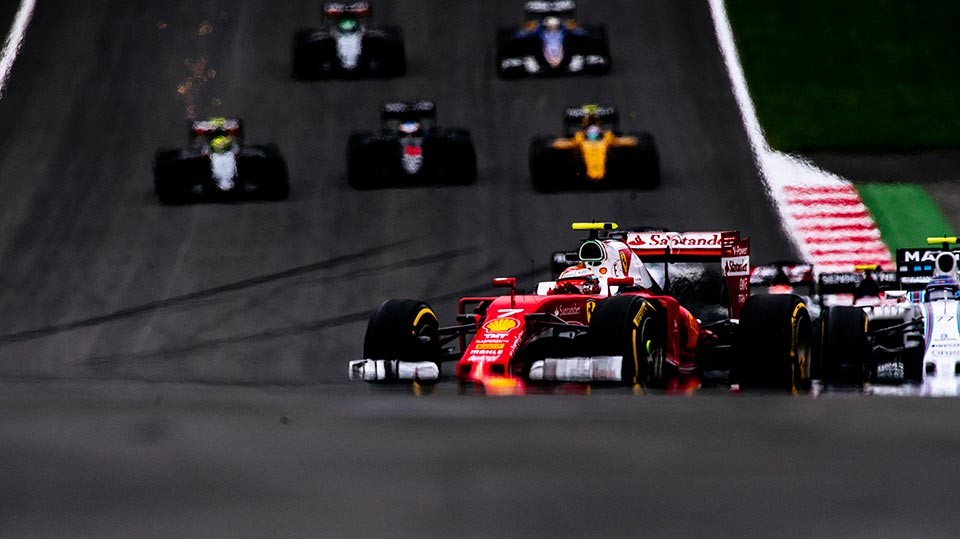 Throughout the race, Daniel Ricciardo saw himself defending fourth place from Kimi Raikkonen. The Ferrari driver was able to take the spot away from Ricciardo after the latter ran wide. Rosberg continues to lead the race with Verstappen a fair distance behind. Hamilton meanwhile is piling pressure on Verstappen for second place. The Mercedes-AMG driver eventually succeeded when Verstappen got caught up in lapped traffic. 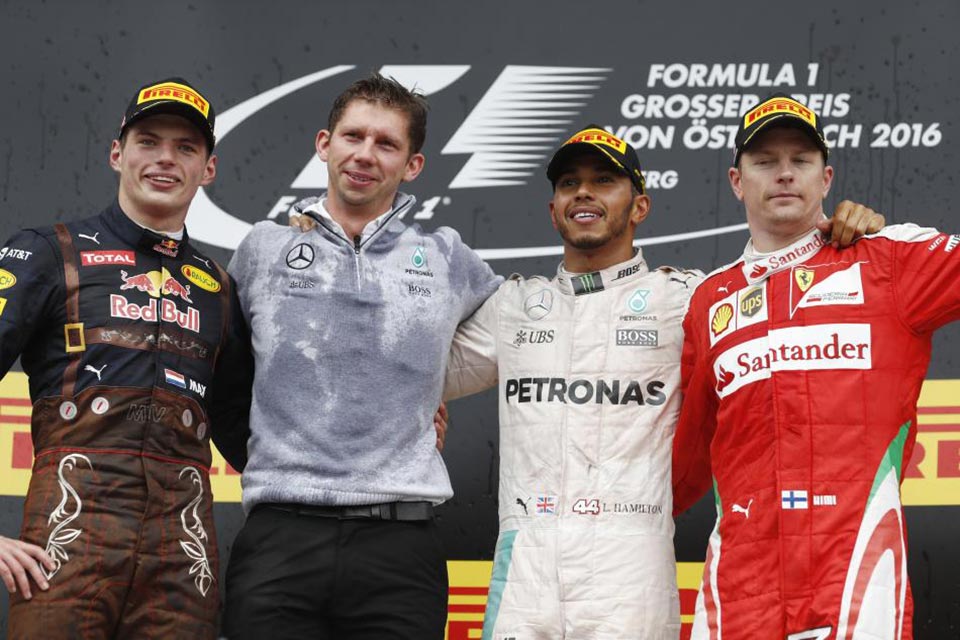 In the final laps, Rosberg had begun suffering brake issues which helped Hamilton close the gap. On the final lap, Hamilton dove on the inside but Rosberg tried his best to defend his lead. The move then leads to another scuffle between the team mates when Hamilton clipped Rosberg exiting the corner, sending Rosberg into a spin and with a broken front wing. Capitalizing on the incident is Verstappen and Raikkonen, taking second and third respectively. Hamilton crosses the line first with Verstappen second and Raikkonen third. Rosberg limps the car home in fourth.

Despite the fourth place finish, Rosberg still tops the championship standings but just 11 points behind is Lewis Hamilton. Sebastian Vettel and Kimi Raikkonen are tied in third place.