Lewis Hamilton caps off a perfect weekend by winning both the US Grand Prix and clinching the 2015 title. Hamilton's points haul has made it mathematically impossible for team mate Nico Rosberg and Ferrari's Sebastian Vettel to catch up with Hamilton's points, even if they win the next three races straight.

Hurricane Patricia wreaked havok over the Circuit of the Americas over the weekend, delaying or stopping practice and qualifying sessions. For qualifying, Rosberg pipped Hamilton for pole position. Unfortunately for Rosberg, a slow start allowed Hamilton to go side by side with by right before the first corner. Hamilton then forced Rosberg wide into the run-off area with a nudge, causing the latter to drop further down the grid. 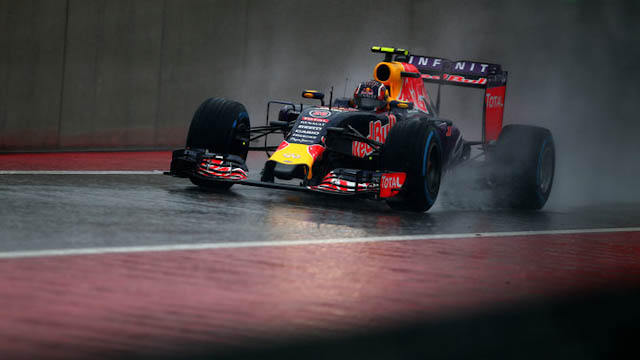 Race day was packed with spin outs and collisions as early as the second lap. Marcus Ericsson and Felipe Nasr ran into one another, leaving debris on the track. The spin outs on the fourth lap slowed everyone down allowing Daniil Kvyat to get as close as .5 seconds close to Hamilton. At the same time, Rosberg had begun his recovery drive after a poor launch from the grid. By the 11th lap, Rosberg had overtaken Kvyat for second place. Romain Grosjean crashes out a lap later.

Daniel Ricciardo pressured team mate Kvyat for third place and then proceeds to overtake Rosberg for second. Ricciardo soon took over the lead from Hamilton who was struggling with worn tires. After the first round of pit stops, it was Ricciardo in the lead, followed by Rosberg and Kvyat. Hamilton settled for fourth. 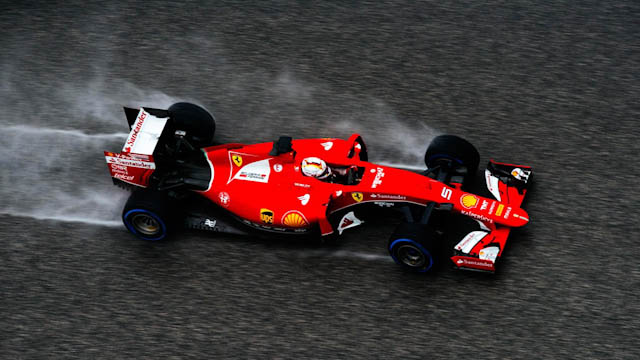 Hamilton then mounted a charge towards Kvyat, taking over third spot. Despite starting 13th, Vettel had begun making his presence felt in the top 5 with Kvyat struggling for traction in fourth place. At this point, Rosberg overtook Ricciardo for the lead as Hamilton slowly reeled in the Australian. Felipe Massa's stalled Williams forced marshals to call out the safety car on lap 27.

After the safety car period, the was Vettel and Ricciardo providing all the action with the two exchanging positions corner after corner for the final podium spot. At the end of lap 33, Vettel has snatched third place from Ricciardo. While Vettel was running a solid race, Kimi Raikkonen was forced to retire from the race with overheating brakes and damage the car received after a run in with a wall.

A virtual safety car was brought out after Nico Hulkenberg and Ricciardo made contact, Leaving debris all over the track. After a strong first half performance, Kvyat would crash less than 10 laps after the virtual safety car, bringing out the real safety car on lap 43. 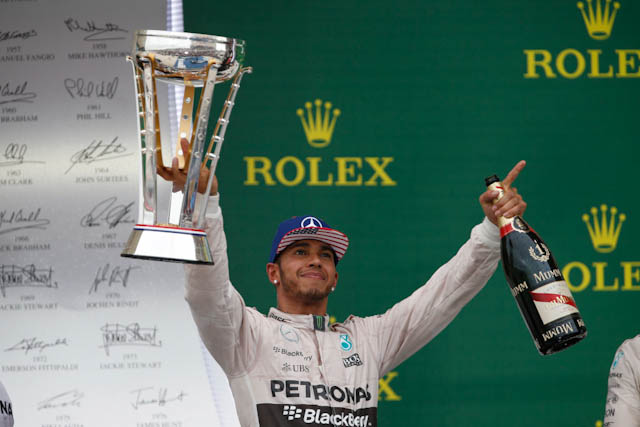 Rosberg continued to lead the race but Hamilton's tires were fresher by five laps. The handling of Rosberg's car continued to degrade, handing Hamilton the lead. Hamilton would eventually cruise to victory and the championship, over three seconds ahead of Rosberg who had Vettel in tow for third.

In fourth place was Max Verstappen followed by Sergio Perez in fifth. Jenson Button had a solid run finishing sixth while Pastor Maldonado nursed home the lone Lotus for seventh. Carlos Sainz Jr. dropped to eight after a 5 second penalty for speeding in the pitlane and Felipe Nasr and Daniel Ricciardo round up the top 10.

Rosberg has every right to be upset with Hamilton, says Mercedes-AMG F1 CEO