Hamilton: It's the greatest feeling I have ever had

British driver Lewis Hmilton has won the 2014 Formula One drivers' championship after finishing ahead of the pack during the Abu Dhabi Grand Prix.

With this, Hamilton joins the exclusive circle of British drivers including Jim Clark, Graham Hill and Sir Jackie Stewart who won more than one world title.

Hamilton got his first world title in 2008, but he said that his latest win is the greatest feeling he ever had.

However, Hamilton took the lead at the start and controlled the race while Rosberg had a car trouble that caused him to finish in 14th place. 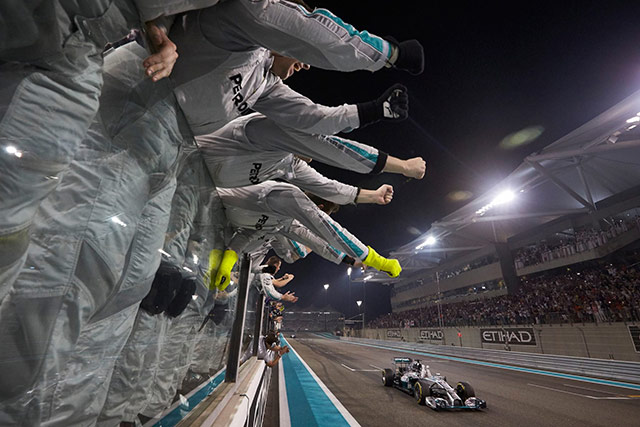 As Hamilton crossed the chequered flag, Prince Harry, who attended during the race congragulated him for his achivement.

"Lewis, well done for not making the British public sweat. You are an absolute legend," said Prince Harry.

Sebastien Ogier and Julien Ingrassia wins the 2014 FIA WRC title after their 8th victory at the Wales Rally GB.