Lexus announced that the RC F G GT concept is set to compete in the Time Attack class of this year's Pikes Peak International Hill Climb.

The Japanese luxury automaker says the all-new RC F GT concept is a vehicle that builds upon the legacy of the IS F CCS-R vehicles which last competed at Pikes Peak in 2013. The RC F GT concept will be driven by 24 Hours of Le Mans winner Justin Bell. 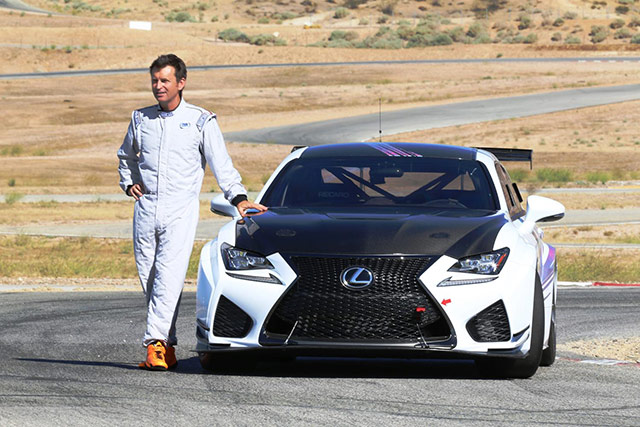 According to Lexus, the RC F GT concept weighs about 363kg less than the street version. This was made possible due to the carbon fiber construction of the vehicle's hood, roof, trunk lid, door panels, fenders, front canards, rear spoiler and interior trim. The RC F GT concept is also fitted with a polycarbonate window.

The RC F GT concept is powered by a 5.0-liter V8 engine, similar to the production version. It delivers over 474 PS and 528 Nm of torque. The engine is mated to an eight-speed automatic transmission with manual shifting mode.

Lexus adds that the data gathered during the event will allow its engineers to experiment with prototype components, tuning ideas, settings and software development.