Will make its V8 Supercars debut on February 26

Lexus has revealed the RC F safety car which will be used at the Australian-based V8 Supercars Championship series in 2015.

According to Lexus Australia chief executive officer Sean Hanley, the company's partnership with V8 Supercars will allow the Australian motorsport fans to see the RC F in action.

“This partnership is the perfect opportunity to show Australian motorsport fans the new RC F, which is just as suited to driving on a track as it is on the road,” Hanley said.

The RC F safety car is fitted with a roof-mounted light bar along with a black-blue-silver racing livery. Lexus hasn't released a word in regards to performance upgrades done to the RC F. From what we know, the vehicle is powered by a 5.0-liter V8 engine that delivers 477 PS and 530 Nm of torque. 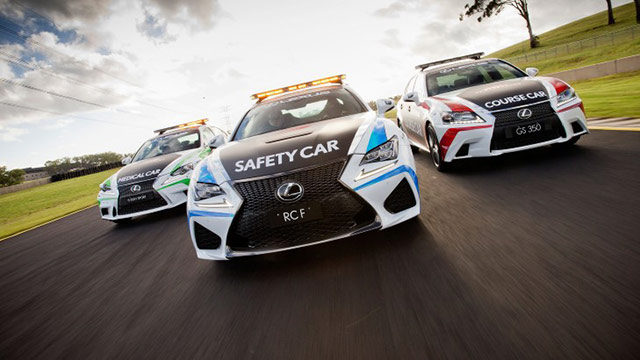 In addition, the RC F will be alongside the GS 350 F Sport and the IS 350 F Sport which would serve as the official course and medical cars.

With this, V8 Supercars chief executive officer James Warburton expressed that they are delighted to have the said Lexus vehicles in the upcoming series.

“We are proud and excited that Lexus has chosen our sport to showcase their high performance credentials. The stunning RC F safety car will be a feature of its own and together with the IS 350 F Sport and GS 350 F Sport, we are absolutely delighted these ultra-high performance vehicles will be an integral part of V8 Supercars in 2015,” Warburton said. 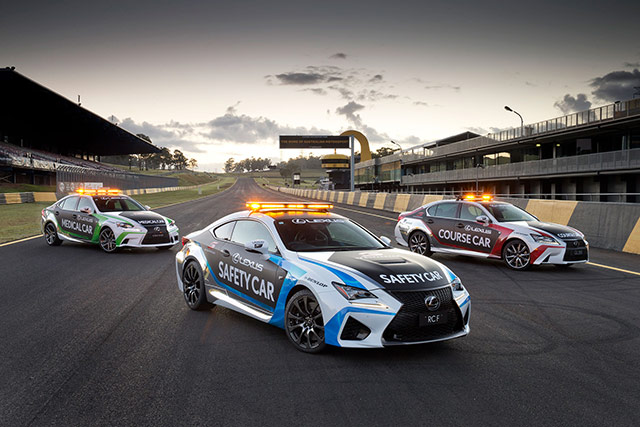 The said Lexus vehicles will join the 2015 V8 Supercars Championship series at the Clipsal 500 in Adelaide from February 26 to March 1.

Mercedes-Benz to go all-electric by 2030…in some markets

Mercedes-Benz joins other automakers in going all-electric, will have full EV lineup after 2030