This Chevy Camaro drag car has a 9.4L, big-block V8

Kick up some dirt and sand with this Chevy Silverado

Mention the word 'COPO' to any Camaro enthusiast, and one will immediately think of a purpose-built drag car powered by a highly-tuned supercharged V8 complete with thick drag tires. For this year's SEMA Show however, Chevrolet decided to make something different, yet equally quick as the previous COPO Camaro dragsters.

Enter the eCOPO Camaro Concept, a fully-electric speed machine that is capable of eclipsing other muscle cars, as well as electric cars on the drag strip. Built by General Motors in commemorating the 50th anniversary of the original COPO cars, the eCOPO was made possible with electric drag racing team Hancock and Lane Racing.

“The eCOPO Concept is all about where we go in the future with electrification in the high-performance space, The original COPO Camaro program was all about pushing the envelope and this concept is an exploration with the very same spirit,” said Russ O'Blenes, Director of Performance Variants, Parts and Motorsports at General Motors. 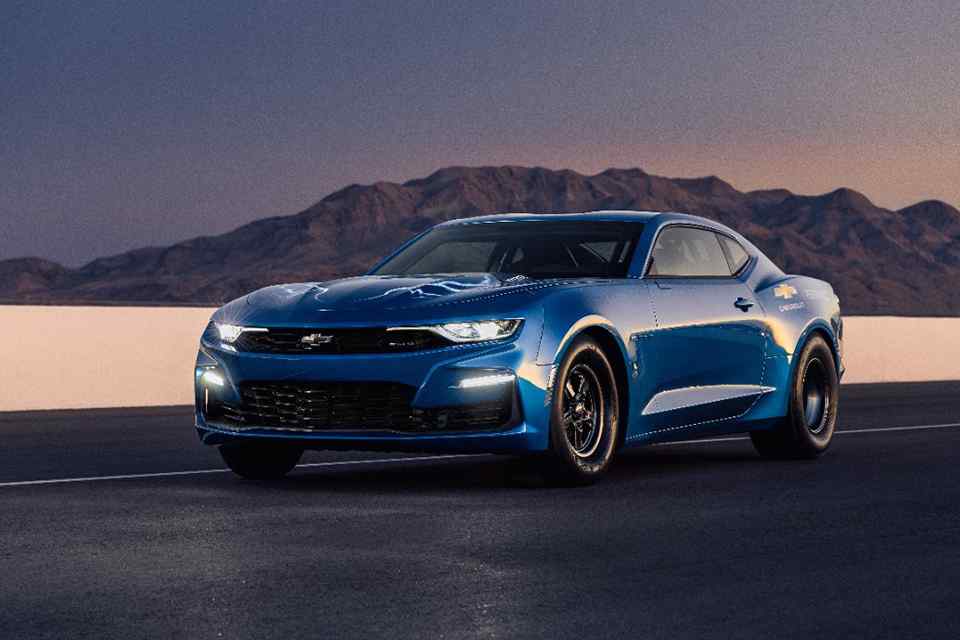 Under the hood of the eCOPO is not the usual LS motor. Instead, the eCOPO Camaro is powered by a pair of BorgWarner HVH 250-150 motors. Combined, the electric powertrain cranks out more than 700 PS along with over 800 Nm of torque in an instant. Given its impressive output figures, Chevy stated that it is expected to finish the quarter-mile in the 9-second range.

Power is then sent to a race-prepped 'Turbo 400' automatic transmission connected to the same solid rear axle as the traditional V8-powered COPO Camaro race cars.

Another unique feature of the transmission and electric motor combination is that Chevy claims that it has the same bell housing mounting pattern and assembly as the LS family of engines. This will allow any General Motors transmission to hook up to the electric powertrain with ease. In fact, Chevy said that the transmission, driveshaft and other drivertrain components remain in the same locations as a gasoline-powered COPO dragster. 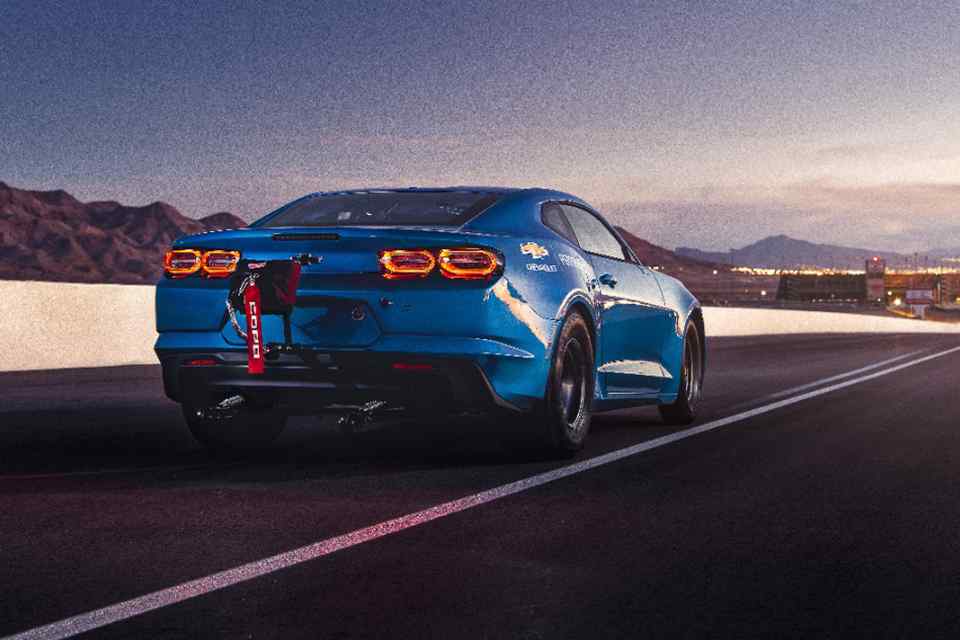 A newly-developed 800-volt battery pack provides the necessary energy for the eCOPO's electric motors. According to Chevrolet, the battery pack consists of four 200-volt modules that each weigh nearly 80 kg. Given their heft, Chevy strategically placed in and around the drag car. Two are mounted in the rear seats while the other two are placed in trunk. With it, the eCOPO Camaro has a better rear-weight bias that helps the car launch more efficiently.

The eCOPO Concpet will be on display at this year's SEMA Show alongside the 50th anniversary COPO Camaro production race car. There will also be two dozen additional Chevrolet concepts that will be shown at SEMA in Las Vegas.

Chevrolet gives the Camaro a fresh face, better tech for 2019

Will we be saying goodbye to the Chevy Camaro in 2023?