Lotus gears up for the 2014 Formula One Championship as it revealed the E22 in Bahrain. They first gave the public a sneak peek of the E22 when they posted a teaser photo on twitter.

Lotus is the latest team to reveal their new F1 car for the 2014 Formula One World Championship. The new car named Lotus E22, will be driven by Romain Grosjean and Pastor Maldonado. Charles Pic will be the reserve driver of Lotus F1 team. 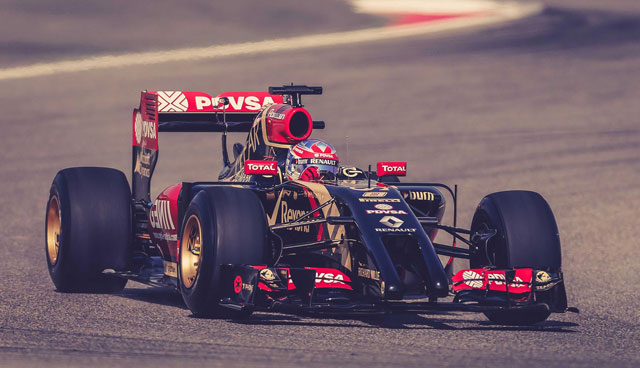 It’s no surprise that Lotus redesigned the front end of the car with a split-nose design. The front wings are narrowed to 150 mm due to the new standards in F1 racing. The E22 is powered by a 1.6 turbochraged V6 Renault engine equipped with an Energy Recovery System (ERS) which is also the same with other F1 cars. The rear of the car no longer have a lower beam-wing and the main flap is thinner. The car maintains most of its team colors which are black, gold, and red.

Despite car trouble, Floirendo showed pace in practice and qualifying, hopes for better results on next leg in Sydney.