Determined to be back on top

Lotus has released the first official rendered images of the Mercedes-powered E23 Hybrid F1 car. The said car is Lotus F1 team's challenger for the 2015 Formula One Championship.

Driven by sheer will to be back on top, the Lotus F1 team says the E23 Hybrid F1 car represents a "new era" and a "massive step forward." The team is confident that their new challenger will deliver better result as compared to its 2014 predecessor.

In developing the E23 Hybrid, Lotus F1 Team Technical Director Nick Chester said that they focused on addressing vehicle issues that hampered the team last season. Chester added that the E23 Hybrid showed strong progress in the wind tunnel as well as in areas such as packaging and cooling. With this, the Lotus F1 team expects the E23 Hybrid to perform "far, far better" than its predecessor. 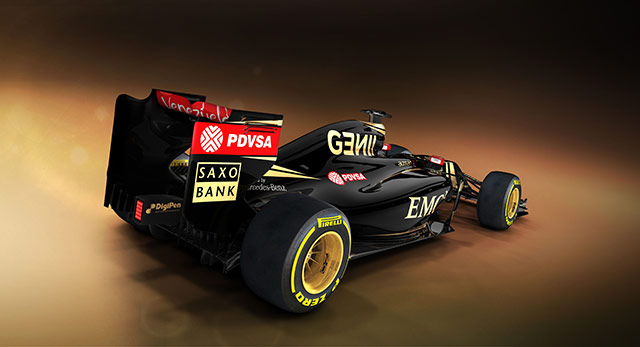 On the other hand, Lotus F1 Team CEO Matthew Carter said that the team's design, aero and simulation departments have all contributed to the development of the car. Carter goes on by saying that the Lotus F1 team is ready to leave the disappointment of last year's season.

The team has also announced that they will retain last year's driver line-up of Romain Grosjean and Pastor Maldonado. The E23 Hybrid is set to make its public debut at the first pre-season test of the year in Jerez, Spain next month.

The best of Bavaria: Bimmerfest XIII