Stockinger to compete in 2015 GP2 with former team Status GP

Filipino-Swiss driver Marlon Stockinger has been confirmed for the GP2 Series after a successful post-season test late last year with MP Motorsport. The 23-year-old Stockinger will join Status Grand Prix for his new open-wheel campaign. He first captured significant attention with the same team in 2012 after clinching a win in GP3 during the Monaco F1 weekend. 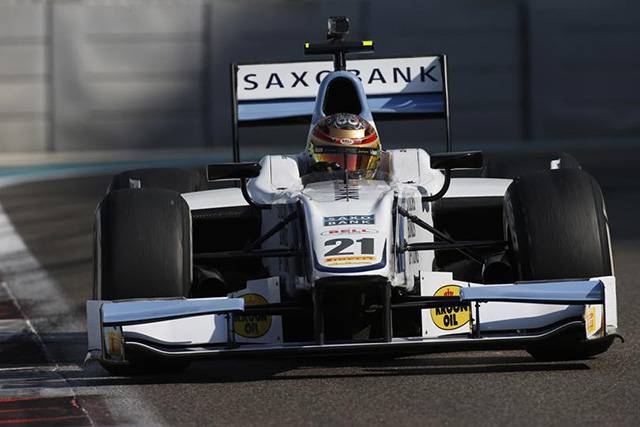 Status Grand Prix will be a new player in the GP2 Series after acquiring the EQ8 Caterham Racing team from Malaysian owner Tony Fernandes just before the season ended last year.

“We are delighted to welcome Marlon back to the team following a successful GP3 campaign in 2012. Marlon is a hard-working and dedicated driver and we know he will apply a high level of professionalism to his maiden GP2 season,” said Teddy Yip Jr.

Stockinger moved on to Formula Renault 3.5 for two seasons after being picked to join the Lotus F1 Junior Team in 2013. He was 18th overall in his first season and improved his standing in 2014 to 9th overall.

“It is really good to come back to Status and I have a lot of happy memories from our time in GP3, especially winning in Monaco. The team are based at Silverstone which is where my European racing career kicked off and it feels very nostalgic and positive. I feel very excited to be back with the team in my first GP2 season,” said Stockinger.

“My fans are already so excited about what I am doing this season and guessing which team I am with. It is pretty cool that motorsport is growing more popular in the Philippines and I am really thankful to have so much support,” Stockinger added.

Stockinger will begin his first official GP2 test this weekend with Status GP at the Yas Marina Circuit in Abu Dhabi, while the 2015 season officially begins on April 17-19 in Bahrain.

Report: Eccelestone to give GBP 20M to struggling F1 teams

Huge cash advance to ensure money-troubled teams will join the 2015 opening race in Australia next week.

Off-roading with the 2014 Jeep Grand Cherokee in Pinatubo

Volkswagen’s next crossover looks like a mini Audi Q8