Marlon Stockinger will be holding a meet and greet for fans at the Greenbelt Park Activity Center on January 11. The event kicks off his 2014 World Series Formula Renault 3.5 campaign with the Lotus F1 Junior Team as part of his road to Formula One.

The 23-year old Filipino-Swiss driver is first Filipino to win a formula race in Europe with his GP3 race victory at Monaco in 2012, driving for Status Grand Prix. He was selected by Lotus to be part of its seven-driver Lotus F1 Junior Team developmental program last year, driving for the World Series Formula 3.5 championship alongside Swedish driver Marco Sorensen. 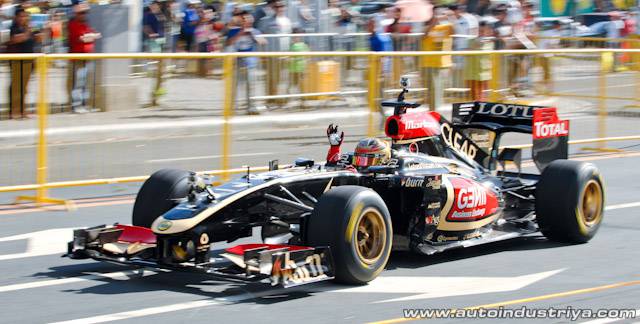 Stockinger made the first-ever drive of a Formula One car on Manila streets at the Manila Speedshow, the first-ever F1 roadshow in the Philippines on May of 2013. The event was also supported by different motorsport groups. Stockinger drove the Lotus F1 liveried Renault R30 car from Kilometer 0 in front of the Jose Rizal Monument in Luneta Park to the Quirino Grandstand, Manila; and around the SM Mall of Asia Complex in Pasay City. The exhibition drew the cheers of Filipino motorsport and car enthusiasts young and old. 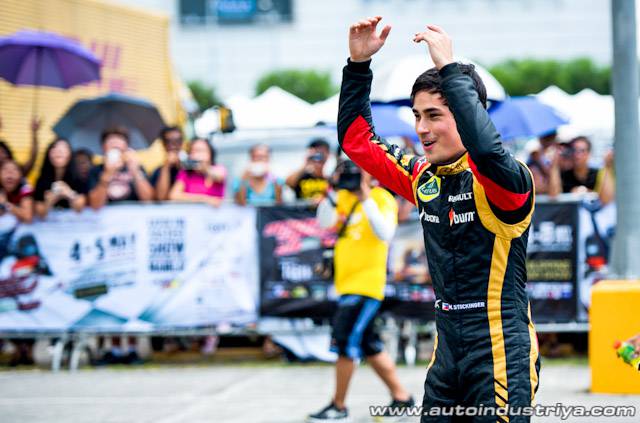 Registration for the Marlon Stockinger Fans Day event will start at 12 noon at the venue until 330pm when gates open. Entrance is free, the first 150 registrants will receive a special souvenir. Only registered individuals with numbered stubs will gain entrance to the event. The event will promptly start at 4pm where there will be Q&A sessions with media and racing fans. The event will be culminated by a raffle for souvenir items and prizes from sponsors and the much-awaited photo-op and autograph signing.

At the 2014 Tokyo Auto Salon, Subaru officially revealed the first rendering of the WRX STI race car for the 2014 Nurburgring 24-Hour Race.