Weekend of racing at Quirino Grandstand and Mall of Asia Atrium

The streets of Manila will be part of history in the making on May 4 to 5 as Filipino-Swiss racing sensation Marlon Stockinger will sit behind the wheel of a Lotus Formula 1 race car for the Manila Speedshow. Stockinger will fire up the high-revving Renault engine and drive the F1 car to energize Quirino Grandstand and the Mall of Asia Atrium on May 4 with a finale run at the Mall of Asia Atrium on May 5.

Presented by Globe Tattoo, the Manila Speedshow will celebrate the emergence of Filipino talent in the global motoring world – led by 22-year-old Stockinger, handpicked by the Lotus F1 Team to be part of a group of seven elite junior drivers to train and compete in the sport. Stockinger is also the first-ever Filipino driver to test for a Formula 1 team.

Racing fans will also be able to experience the motorsport life for a day at the F1 Village at the Mall of Asia Atrium with a ‘Pit Stop Competition’, and a virtual drive of an F1 car in the Lotus-Renault F1 simulator. Lotus F1 merchandise, motorsport products and automotive gear will also be available. 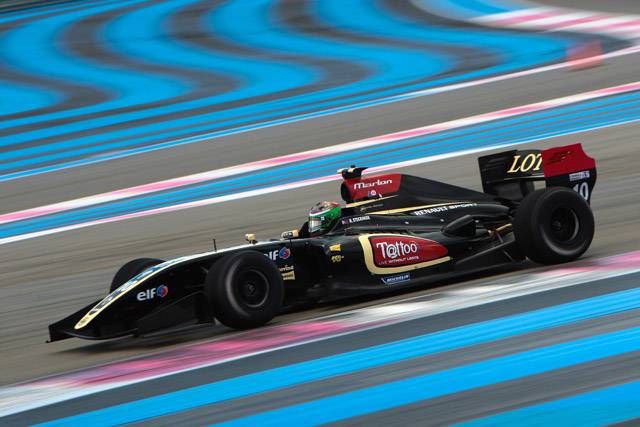 Shortly after the Manila Speedshow, Stockinger will return to Europe to resume the Formula Renault 3.5 series campaign in Monte Carlo, with several races all over Europe until the season ends in October.

The Lotus F1 Team, formerly Renault, first began racing under the Lotus banner in the 2012 F1 season, where it placed fourth in the Constructors’ Championship. Its F1 history dates back to the early ‘80s. Racing legend Michael Schumacher won the Drivers’ Championship under the team in 1994 and 1995, while Fernando Alonso did likewise in 2005 and 2006. The team bagged the top Constructors’ honors in both 1995 and 2006.

With a strong team with a rich motorsport heritage, Stockinger is indeed getting the best training in the world - and it will be no surprise if he soon puts the country on the global motorsport map.

Admission is free for both venues.

Tarquini, Monterio and Michelisz responsible for Honda's top spot at the manufacturer's championship.

And guess where the winner of the Vios One-Make race could go?