To compete in the 2015 GT3 championships

A couple of weeks ago, McLaren released a sketch of a track-focused competition car. Now, the automaker has finally unveiled the 650S GT3 at the 2014 Goodwood Festival of Speed.

The McLaren 650S GT3 is the automaker’s latest generation track-focused racer which will compete in the 2015 GT3 championships.

The vehicle is based on the McLaren 650S Coupe and a successor to the 12C GT3. The 650S GT3 has an aggressive front splitter, larger air intakes and a carbon fiber body. 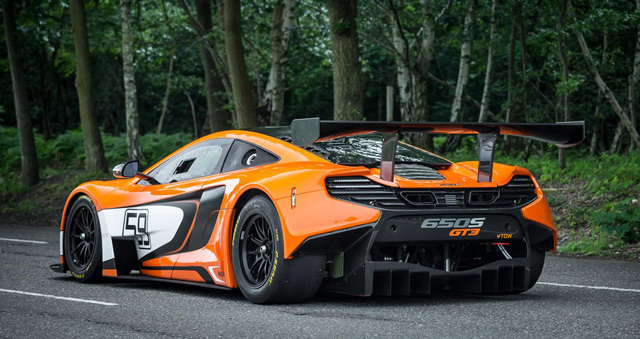 Inside, McLaren improved the levels of safety for the driver by incorporating a carbon fiber MonoCell chassis that is enhanced with the additional FIA-approved rollcage which lighter and provides more leg and head room. The 650S GT3 is fitted with a bespoke motorsport digital dash display that is placed behind the steering wheel. It also has a McLaren GT-developed race seats fitted with a six-point race harness.

The 650S GT3 is powered by a 3.8-liter McLaren V8 twin-turbo M838T engine that delivers around 500 PS. It is mated to a six-speed sequential motorsport transmission.

McLaren says that existing 12C GT3 owners have the option of upgrading their vehicles to the 650S GT3 specification that has the same V8 3.8-liter twin-turbo engine.

Formula One to get regulation changes anew for 2015

The World Motor Sport Council is imposing a number of regulation changes yet again for Formula One in 2015.

Bomex McLiempo to hold a track day for a cause

To be held at the Clark International Speedway in Pampanga on July 20, 2014

Track only McLaren 650S Sprint to unveil at Pebble Beach