$3.36M car to be developed exclusively for track use

McLaren Automotive has confirmed plans to produce a more powerful and track-only version of its P1 supercar. It will be called the McLaren P1 GTR, in honor of the legendary McLaren F1 GTR, which won the 24 Hours of Le Mans twenty years ago, it will start production after the 375th P1 has been completed. 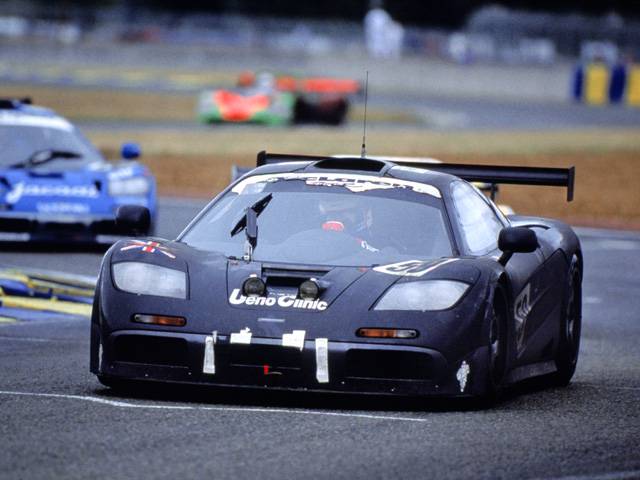 Since it will be developed only for the track, road legal vehicle requirements will be removed; leaving only "the best drivers' car in the world on track" as its guiding principle.

The McLaren P1 GTR will provide "greater levels of performance, grip, aerodynamics and downforce than the road car" courtesy of racing tires, a wider stance and a design which is more aggressive and suited for racing.  McLaren will also up the output of the twin-turbocharged 3.8-liter V6 and electric motor from 903BHP to 986BHP.

McLaren cites the demand for the track-only trim came from P1 owners themselves.

This special model's production will be 'strictly limited' and will be more expensive.  Ringing in at $3.36 million, it will come with a "tailored program created for each customer to build driver capability."  Owners of the McLaren P1 GTR will also get one-on-ones with McLaren driver fitness team and Design Director Frank Stephenson and privileged access McLaren racing simulators, plus they will get to be part of at least six drive events at Formula 1 circuits.

Michael Schumacher is out of coma, released from hospital

Toyota Racing's Kazuki Nakajima qualified in pole position for the 82nd 24 Hours of Le Mans with the #7 Toyota TS040 Hybrid.