The McLaren P1 GTR will finally be unveiled at the 85th International Geneva Motor Show in limited production form with only minor modifications to the design concept presented just six months ago. 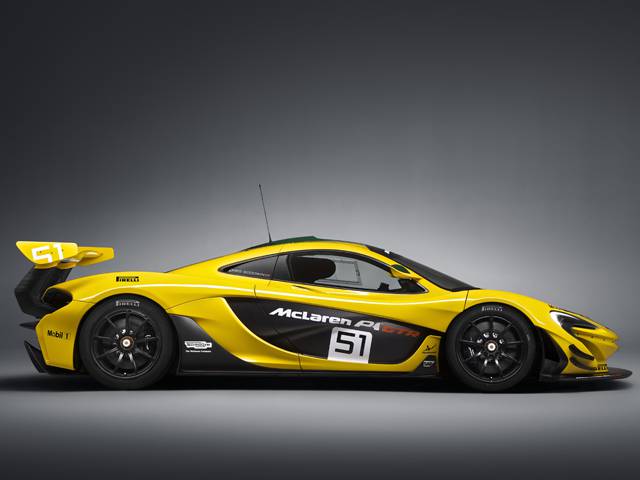 Boasting of 1000PS, this model will come with livery that pays homage to the yellow and green McLaren F1 GTR, chassis #06R, which has claimed its own place in history as one of the five F1 GTRs that dominated the 24 Hours of Le Mans in the historic debut by McLaren 20 years ago. 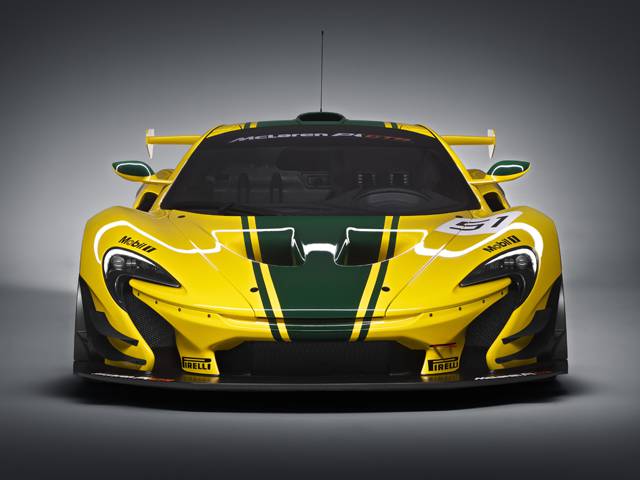 After completing an extensive and intense testing schedule, the P1 GTR comes with better aerodynamic performance and cooling system among many others.

It retains the lightweight windscreen, measuring just 3.2mm thick, from the McLaren P1™ road car, while the side windows are now motorsport-specification polycarbonate with a sliding ‘ticket window’ on the driver’s side. 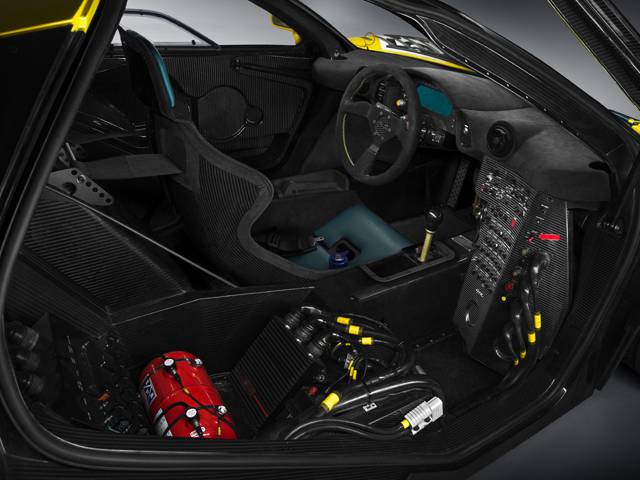 Carbon fiber panels are now used in the roof and the engine bay cover.  This has resulted in 50kg reduction in weight compared to the road-going model.

The rear has fixed-height wing sitting more than 400mm above the rear bodywork – an increase of over 100mm of the adjustable wing on the road car – that, in conjunction with the front-mounted aerodynamic flaps helps to increase downforce levels by more than 10 percent – meaning up to 660kg at 150 mph.

Large twin exhaust pipes, formed from an Inconel and titanium alloy is new and saves over 6.5kg over the already road-going system. 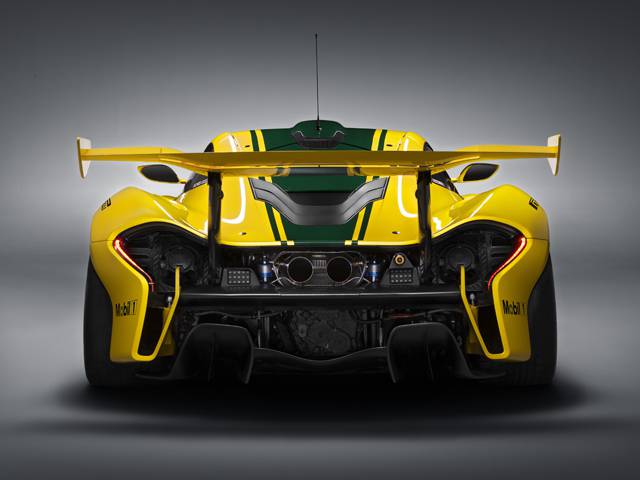 The IPAS powertrain has also been upgraded with motorsport-developed parts suited to sustained high speed performance.   The 800PS 3.8-liter twin-turbo V8 petrol engine is seamlessly integrated with a 200PS enhanced lightweight electric motor to combine for an output of 1,000PS.