Kris Meeke ends his slow start to the 2015 WRC season

The winning ways of Volkswagen came into a sudden halt as Citroen's Kris Meeke claimed the fourth round of the 2015 World Rally Championship (WRC) in Argentina.

Meeke managed to finish ahead of his teammate Mads Østberg by 18.1 seconds as Citroen claimed its first 1-2 finish in the WRC for almost three years. With the recent win, Meeke is the first British driver to win a world rally since 2002 and ends his slow start to the 2015 WRC season wherein he crashed in the first three rounds.

Coming in at second was Citroen's Østberg who had an early engine problem during the 2015 Rally Argentina. However, Østberg recovered and did everything to secure Citroen's 1-2 finish. With this, Østberg is now second in the dirvers' championship standings. He sits behind Volkswagen's Sébastien Ogier who finished 17th overall due to fuel injection issues.

On the other hand, M-Sport's Elfyn Evans ended the 2015 Rally Argentina at third, his first WRC podium. Evans was on board a Ford Fiesta RS and finished the final stage behind Meeke by 3 minutes and 27.4 seconds.

Czech driver Martin Prokop of Jipocar Czech National Team came in at fourth who was also driving a Ford Fiesta RS while Hyundai's Dani Sordo recovered from an electrical problem and finished at sixth. 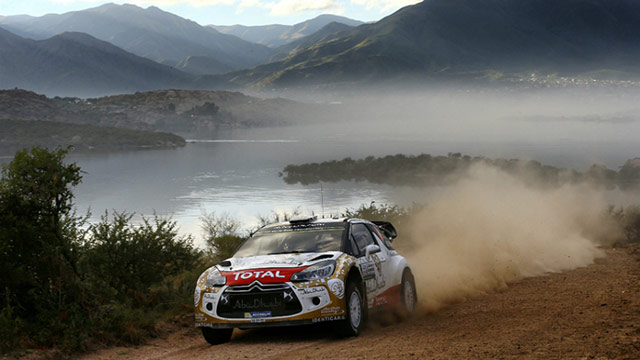 After the 2015 Rally Argentina, Ogier still leads the drivers' championship points with 84 followed by Citroen's Østberg with 51 and Volkswagen's Andreas Mikkelsen with 47. In terms of the teams' standings, Volkswagen sits on top with 103 points followed by Citroen Total Abu Dhabi WRT and Hyundai Shell World Rally Team with 85 each.