Further details are yet to be announced

Mercedes-Benz has released two teaser sketches of the AMG GT3 that is set to debut at the 2015 Geneva International Motor Show in March.

According to the automaker, the vehicle is built on the success of the SLS AMG GT3 which was first introduced in 2010. However, Mercedes-Benz remains secretive in handing out details about its Geneva bound race car. From what we know, the AMG GT3 complies with the FIA GT3 race regulations. 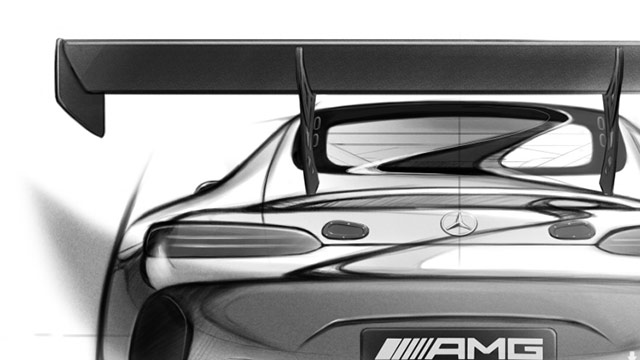 Judging from the teaser sketches, the Mercedes-Benz AMG GT3 could feature a wide body kit along with sharp-looking headlights, a ventilated hood, a large rear bumper and a prominent rear wing.

Full details will be revealed by the company as the AMG GT3 premieres at the 2015 Geneva International Motor Show.

Flat Out Race Series to hold shakedown in Clark February 13

Will be held at the Clark International Speedway tomorrow, February 13