Both cars are powered by a 4.0-liter twin-turbo V8 engine

The Return of the Silver Arrows to Formula One

With just a week to go before the opening race of the 2015 Formula One World Championship in Melbourne, Australia, Mercedes-Benz has just revealed this year's Safety and Medical cars with the AMG GT S and the C63 Estate.

The AMG GT S will fulfill the role of the safety car and gets an LED light bar that is mounted on top of a carbon fiber air scoop which is specific only to the safety car. When turned on, the orange light indicates that Formula One cars cannot overtake the car while a green light allows the race cars to overtake the AMG GT S. 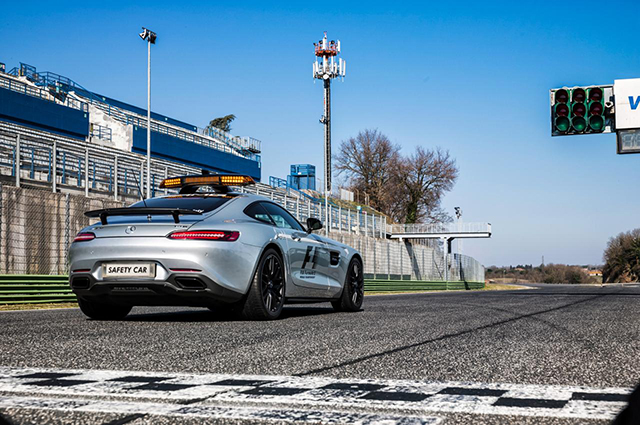 Additional Formula One equipment fitted on the safety car include: two radio systems, wireless local area network (WLAN) connectivity, a high resolution GPS and a transponder system . It will be driven by Bernd Maylander who has been Formula One's official safety car driver since 2000. 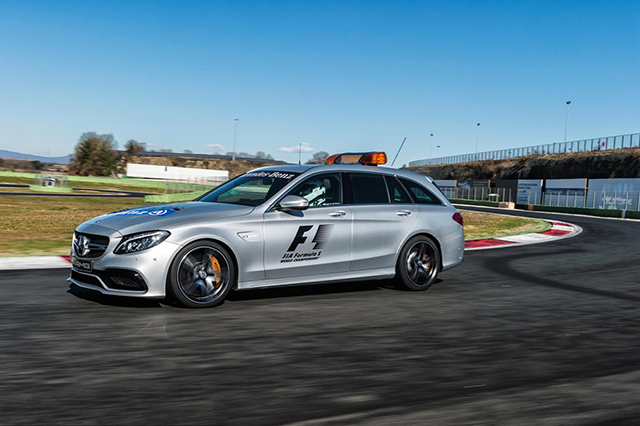 Designated as the medical car is the C63 Estate which also gets an LED light bar, headlights and taillights with signaling function and an illuminated rear plate with 'Medical Car' lettering. Other features present in the C63 Estate medical car include a AMG Ride Control Suspension, a radio system, WLAN connectivity with hotspot support and emergency equipment such as a respirator and a defibrillator.

The main driver of the medical car will be South African racing driver Alan van der Merwe while the co-driver will be FIA Head Physician Dr. Ian Roberts. During each race, they will be accompanied by two assistant medics that will come from a hospital that is nearest to the track. 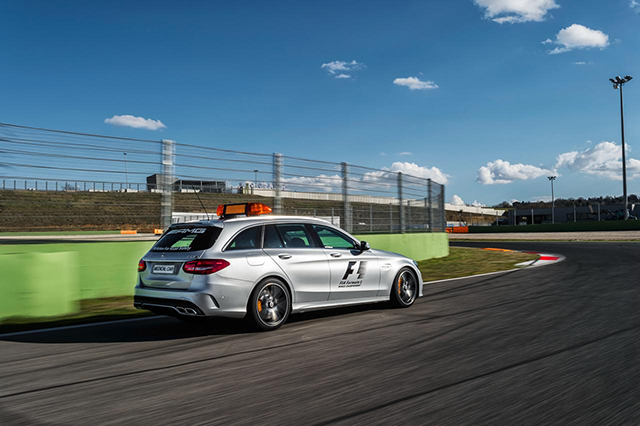 Ogier extends his winning streak after a dominant performance

Report: Eccelestone to give GBP 20M to struggling F1 teams

Huge cash advance to ensure money-troubled teams will join the 2015 opening race in Australia next week.