Michael Schumacher drives the Silver Arrow around the Nurburgring

The Return of the Silver Arrows to Formula One

As previously reported, seven-time Formula 1 world champion Michael Schumacher held a demonstration lap on the Nordschleife Nurburgring using the Mercedes-AMG Petronas F1 W02 as a way of thanking his fans for their support during his F1 career. 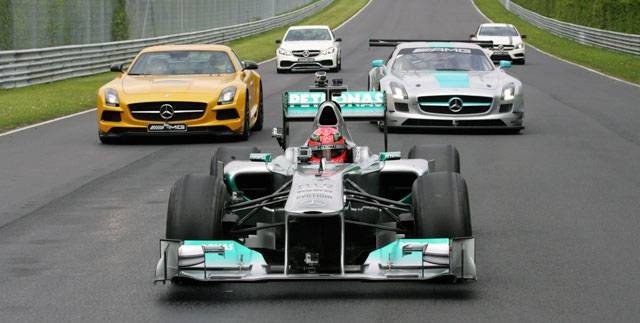 The first vehicle that went out on the track was the A45 AMG driven by F1 safety car driver Maylander, followed by DTM driver Wendlinger on a E63 AMG S, after which is followed by Rosberg piloting a SLS AMG Black Series, lastly, DTM driver Schneider in a GT3 version of the SLS AMG.

After all Mercedes-Benz cars have set out, Schumacher sets off with the Mercedes-AMG Petronas F1 Silver Arrow W02 to finish the entire course at the same time as the rest of the cars that went ahead of him. 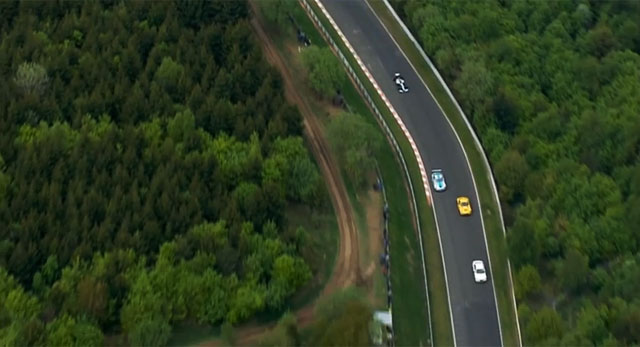 “I have a lot of fond memories of the Nürburgring and am really looking forward to giving fans and friends from my home town of Kerpen, which is quite close to the Nürburgring, something to remember as they see me drive by. But it will be a fantastic experience for me too, driving along the Nordschleife in a state-of–the-art Formula 1 Silver Arrow, particularly in view of the fact that the Silver Arrow’s legend began here. Posting a lap in a modern Silver Arrow on the most beautiful and most testing circuit in the world, what a brilliant mix – it’s every motor racing driver’s dream!” said Michael Schumacher