Michael Schumacher is out of coma, released from hospital

Doctors to start 'wake up process' for Michael Schumacher from coma

Good news for Schumi fans: Michael Schumacher is reportedly out of his coma and has been released from the hospital based on a statement from the driver's manager.

"Michael has left the CHU Grenoble to continue his long phase of rehabilitation. He is not in a coma anymore," said Sabine Kehm, Schumacher's manager.

Schumacher is being taken to an undisclosed location for continued rehabilitation from his injuries.

"For the future we ask for understanding that his further rehabilitation will take place away from the public eye," continued Kehm. 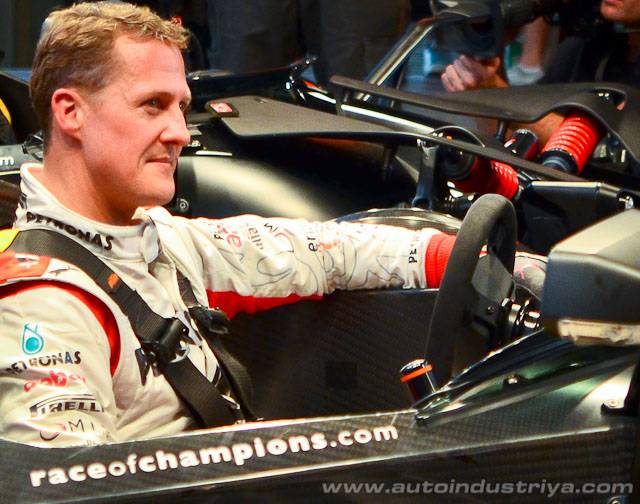 Schumacher has been in a coma for nearly 6 months following his skiing accident in the French Alps last December 29. Doctors at the Grenoble hospital in southern France has kept Schumacher in a coma since the incident to reduce swelling in his brain.

Michael Schumacher has won the Formula One World Drivers' Championship for seven seasons (1994-1995, 2000-2004) and holds many of Formula One's driver records and statistics. He last raced in Formula One in 2012 with the Mercedes GP team.

McLaren succumbs to customer demand giving the P1 a GTR badge, 1000 PS of engine output, and track only spec.