The two Mitsubishi MiEV Evolution III dominated the Electric Modified Division as Greg Tracy won the race and second overall with a time of 9 minutes 8 seconds 188. On the other hand, Hiroshi Masuoka posted a time of 9 minutes 12 seconds 204, finishing second in the division and third overall.

"I am extremely happy to be able to deliver this Electric Modified class victory to Mitsubishi Motors. The Mitsubishi Motors team prepared a fantastic race car for me. I want to thank the team and also Masuoka-san who helped to develop this phenomenal race car to capture this win,” said Greg Tracy. 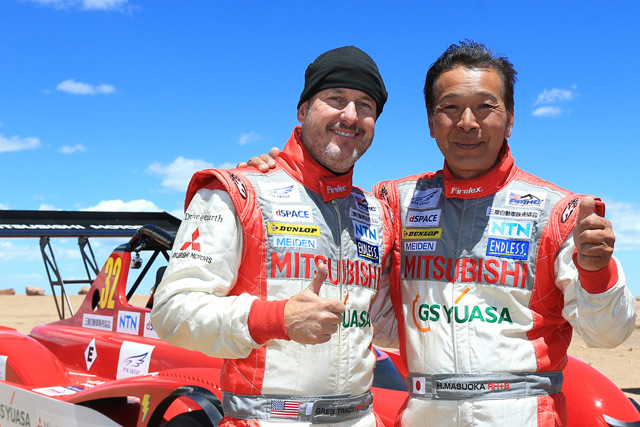 “I would like to congratulate Greg on winning the Electric Modified class. He drove the MiEV Evolution III spectacularly and definitely deserves this win. As a teammate and as a team partner, I could not have been happier for this result,” said Hiroshi Masuoka

MMC says the race day results and the performance of the car during the event showcased the advanced level of the company’s EV and four-wheel drive control technologies.