Motul is Official Lubricant Partner of 24 Hours of Dubai 2011

Motul announces with great pride its renewal of its partnership with the prestigious classic car rally, Tour Auto, for the ninth consecutive year.

Starting from the Grand Palais in Paris on 17th April, the Tour Auto brings together the ‘crème de la crème’ of historic and classic vehicles from across the world for a week of stages on closed roads and circuits, terminating in Nice on 21st April. Motul, which is a partner with FIVA (Fédération Internationale des Véhicules Anciens), will be present for the duration of the massively popular event to technically support many of the 225+ entries with its dedicated range of products for historic vehicles. These include four different viscosities and its 300V Motorsport line dedicated to vintage racing vehicles with rebuilt engines.

To celebrate 2012 Tour Auto, Motul has produced a Limited Edition 300V 15W50 Competition oil in a special gold-coloured can. The total of two thousand cans will be distributed as follows: five hundred will be offered to participants, and one thousand five hundred will be available for sale during the event. 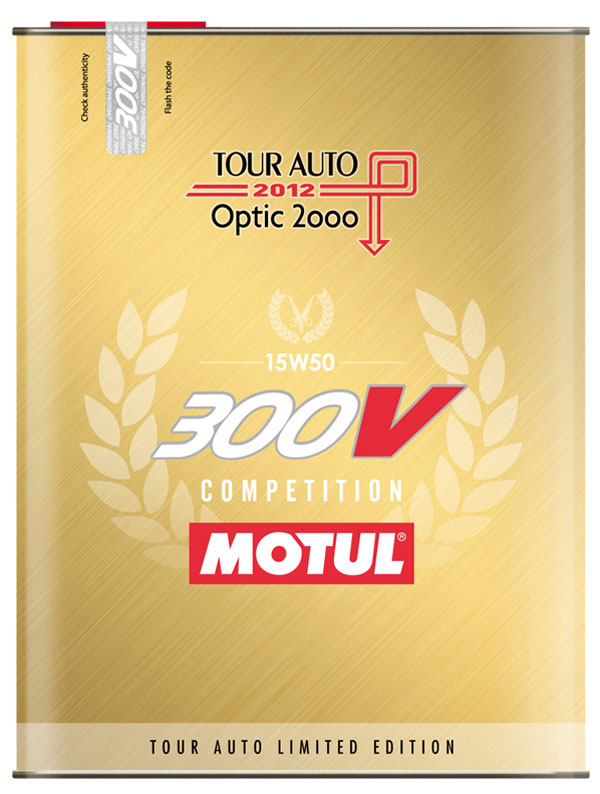 Amongst the teams entered in the 2012 Tour Auto, Motul will be offering special technical support to Jean Ragnotti and Francis Mercier, whose Alpine A110 1800 has always run in Motul’s distinguished and recognisable livery, to the 2011 Tour Auto winner, Ludovic Caron in his AC Cobra, and to Jean-Pierre Lajournade, the 2010 winner in his Lotus Elan.

After struggling a bit more than it was expected in Valencia, the Chevrolet team reclaimed their dominant pace and claimed two impressive 1-2-3 finishes at Marrakech.

Nine-time world motorcycle champion Valentino Rossi will compete in the opening round of the Blancpain Endurance Series at Monza on 13-15 April at the wheel of a Ferrari.