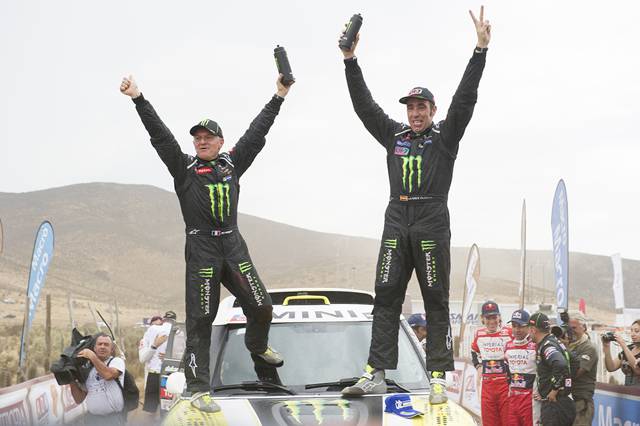 The car category of the 36th edition of Dakar rally provided some surprises as Portugal’s Carlos Sousa grabbed his sixth Dakar win and the first for the Chinese manufacturer - Haval. The overall winner in the car category was not decided until the thirteenth and final stage where it became a Mini festival with five of its eleven cars were in the top 6. Nevertheless, Nani Roma had a taste of his first Dakar win in a car.

However, the finish was not without controversy after the X-Raid MINI team instructing their drivers to take it easy before the last three rounds with Roma in the lead. On the final stage, 11-time Dakar Champion Peterhansel deliberately slowed down to ensure Roma's victory.

Marc Coma and Jordi Viladoms took the top two places in the motorcycle category. Behind the two KTM riders sit the Frenchman Olivier Pain after fending off the late attacks of his leader, Cyril Despres. Marc Coma gained a significant lead during the fourth day of racing which was the second part of the marathon stage to Chilecito.

In the truck category, Russian Andrey Karginov was able to secure his first Dakar win over Gerard de Rooy by just 3’ 11’.

With this new set of regulations, the 2014 F1 season may become unpredictable and could probably change the game.

Honda opens its 36th dealership in the country