Despite having the overall lead throughout the race, a slight error in turn one during the latter part of the race ultimately landed Hamilton second place, allowing Rosberg to overtake the Briton on the inside.

Even a pit-stop from both drivers did not help Hamilton regain first place as Rosberg kept his distance far with his teammate. Hamilton was also slapped a 5-second time penalty after crossing the white lane as he exited the pit lane, which further the German driver's lead to about 10 seconds from the Briton. In the end, Hamilton was able to reduce that gap to 8.8 seconds before Rosberg crossed the finish line.

“Nico did a fantastic job, He was quicker during the race,” said Hamilton. 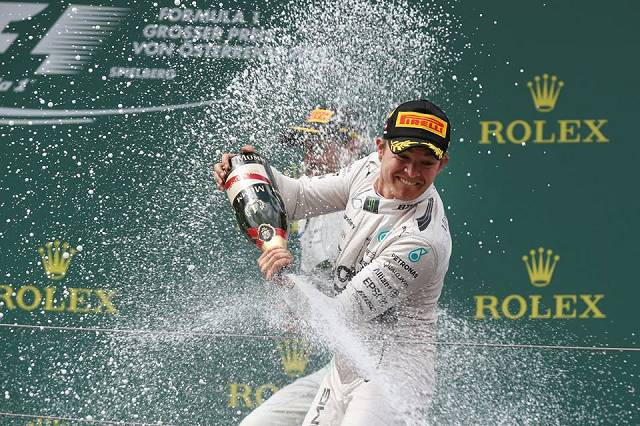 The start of the race was immediately greeted with an uncharacteristic crash between champion drivers Kimi Raikkonen (Ferrari) and Fernando Alonso (McLaren). Raikkonen lost his rear portion of the car and Alonso, with nowhere to go, plowed straight behind him. Thankfully though, both drivers were able to walk away without any injuries.

Securing third was Williams’ Felipe Massa while Sebastian Vettel was able to land fourth place after his run was hounded by a slow pit stop. In fifth and sixth place are Williams’ Valterri Bottas and Force India’s Nico Hulkenberg respectively.

Pastor Maldonado was able to edge out the young and capable Max Verstappen of Toro Rosso for seventh place while completing the top ten finishers are Sergio Perez of Force India and Daniel Ricciardo of Red Bull accordingly.

Other racers that were unable to finish the 2015 Austrian Grand Prix included McLaren’s Jenson Button who was having technical car problems, Manor Marussia’s Will Stevens, who suffered an oil leak and Romain Grosjean, who retired early due to gearbox issues.

Overall, Lewis Hamilton is still leading the race with 169 points while closely following second is Mercedes AMG teammate Nico Rosberg with 159 points. Still on third place is Sebastian Vettel who now secures 120 points. In the Constructors’, Mercedes is still at the top with 328 points while at second and third place appropriately are Ferrari and Williams.