Rosberg makes it two in a row with Bahrain win

From the moment the five red lights went out, Nico Rosberg proved to be the man to beat in this year's Bahrain Grand Prix. Rosberg cruised to victory following the first turn scuffle the backed up most of the field, handing him a huge buffer between him and the rest of the pack. 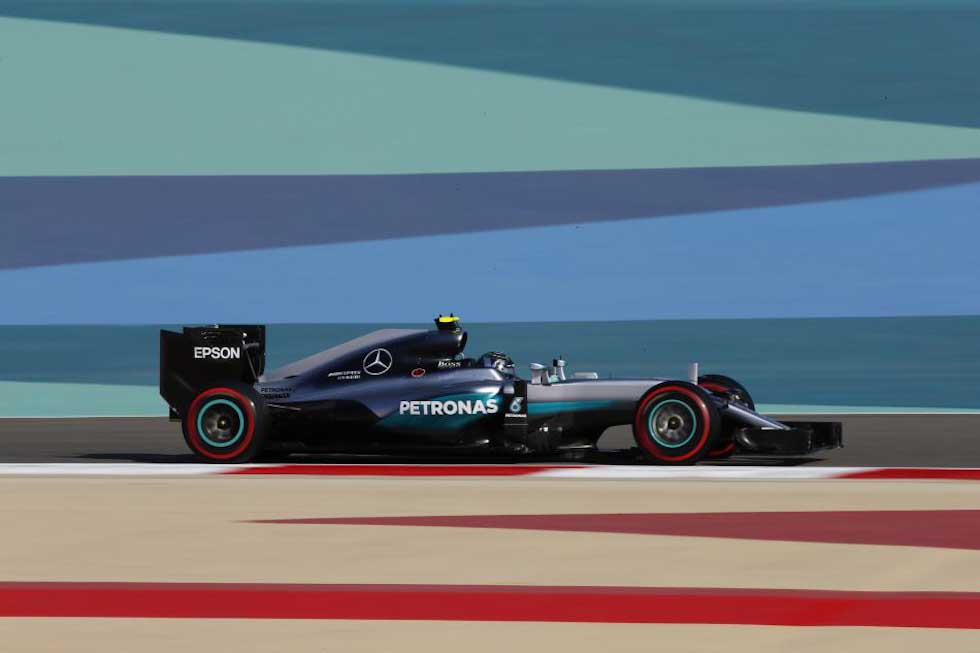 Finishing behind him was Bahrain podium regular Kimi Raikkonen. As strong as Raikkonen's performance was, the flawless run from Rosberg meant that the Finn was never able to see the back of the Mercedes-AMG racer as the German kept posting the fastest laps of the night. Finishing third was Rosberg's team mate, Lewis Hamilton. Hamilton had a difficult race this round, nearly being spun out by Valtteri Bottas and damaging is right side pod. Despite that, Hamilton was able to clinch the final podium step. 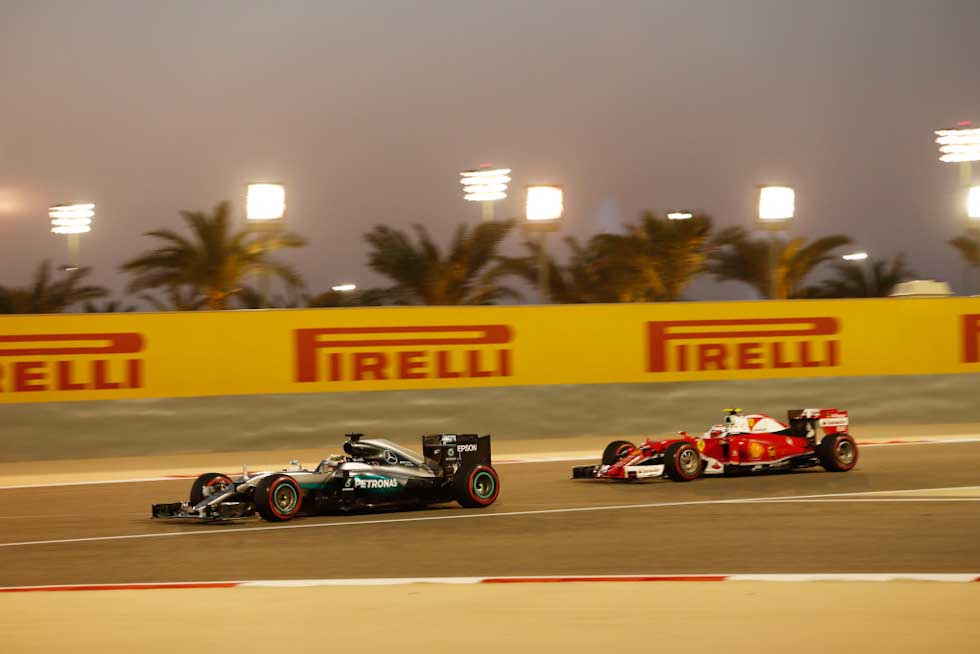 During the Parade lap, plumes of white smoke emerged from third place qualifier Sebastian Vettel, forcing him to enter the pits and marking his first Did Not Start (DNS) since 2014. Also suffering problems before the race was Jolyon Palmer, who also failed to make the start. When the race started, Hamilton and Raikkonen had slow launches, handing the lead to Rosberg before the first turn. The opening laps of this year's Bahrain GP was filled with contact which saw pieces of carbon fiber being littered across the track. As mentioned above, the first turn incident saw pole-sitter Hamilton getting rammed from the right side by Bottas, damaging the reigning champ's front wing and sent him to a half spin. The spin the forced the entire field to scatter all over the track which led to more contact. Bottas was later handed a drive-through penalty for causing a collision. 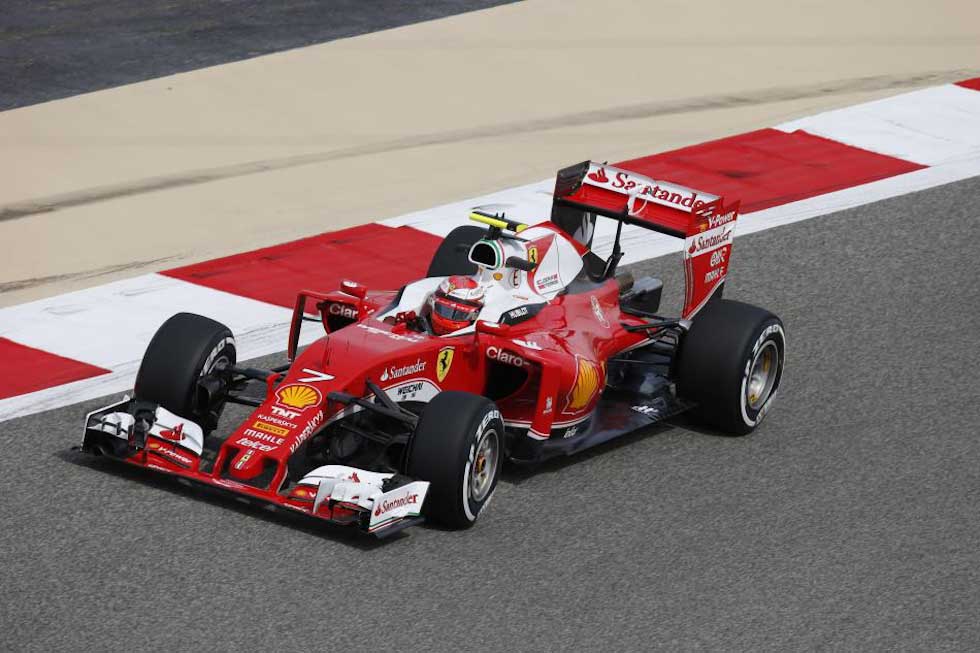 Meanwhile, Raikkonen, who had fallen relatively far from the podium spots, was beginning his charge through the field. He overtook Bottas on the outside at one point and dove inside Daniel Ricciardo's debris-damaged Red Bull, bringing him to second place. Following the first batch of pit stops, Hamilton soon found himself in third after a difficult drive through the field. With bodywork damage, Ricciardo would have to settle for fourth place.

The first lap fiasco also saw Sergio Perez suffering damage as well. Pieces of carbon fiber were slowly being detached from Perez's car and at one point, hitting Stoffel Vandoorne's front wing at high speed. Fortunately for Vandoorne, the impact left no lasting effects and the debris did not hit his helmet. With debris littered on the track, a few drivers suffered tire punctures during the first half of the race. Despite that, the safety car was never brought out. 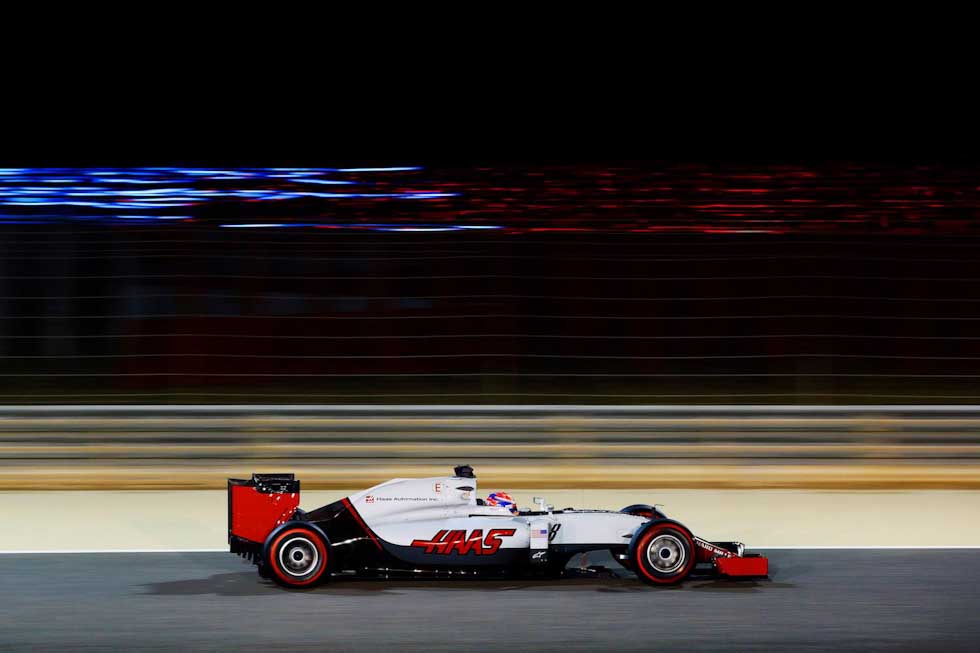 Another driver that had made leaps through the field was Romain Grosjean from Haas. The Frenchman jumped four spots from ninth, grabbing fifth place from Felipe Massa. Grosjean would later be going wheel to wheel with Ricciardo but had to settle for fifth. Grosjean continues the points streak for the newly-formed Haas team. Sophomore driver Max Verstappen also had a good run in Bahrain, snatching sixth from Massa. Massa would continue moving backwards as we was also overtaken by Daniil Kvyat. Kvyat would finish seventh while Massa finished in eighth. Valtteri Bottas would finish ninth during the eventful weekend. With an impressive performance, finishing tenth was Formula 1 debutante Stoffel Vandoorne, serving as the substitute driver for Fernando Alonso.

Jenson Button was on his way to a top ten finish when his car suffered electrical problems on lap six. Esteban Gutierrez also retired from the race ten laps in. Along with Vettel, Palmer, Button and Gutierrez, Carlos Sainz, Jr. was unable to finish the race.

Stockinger to fly the Philippine flag at the 2016 Blancpain GT Series driving an Audi R8 LMS with I.S.R. Racing