The Nismo Athlete Global Team has just achieved victory at this year's Bathurst 12 Hour after Japanese racing driver Katsumasa Chiyo powered the #35 GT-R GT3 Am Class entry from third to first place during the penultimate lap.

“It is just unbelievable because I couldn’t imagine that end of the race, with a strong Audi and Bentley and we are still in the amateur class. The car is very good. It is very strong on the straight. I tried to imagine, it was just amazing, we couldn’t know what would happen in this race, but we just tried our best in the moment and then I had a chance in the final restart. It was just awesome. The car was amazing, and so was the team,” said Chiyo. 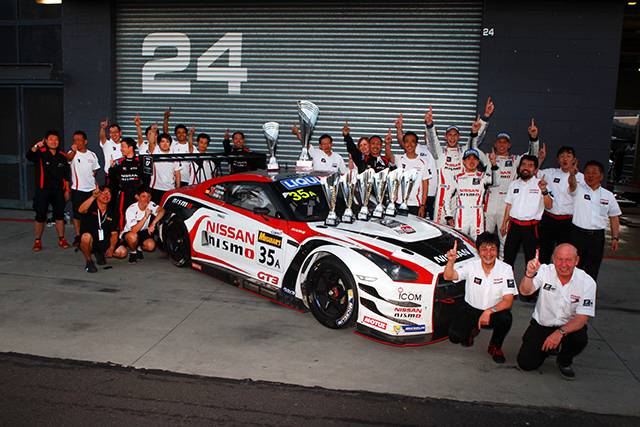 Reip was surprised that the team was actually able to win the race as during the first few hours of the race, he had to 'save' the car for the window time. Strauss on the other hand had an exhilarating time with the car and stated that the team was very lucky to have won the race.

The car originally suffered some damage during its qualifying run last Saturday and was only fully repaired during the early hours of Sunday.

“This is a truly historic result for Nissan. It is another great chapter in the history of NISMO and the legendary GT-R. I am proud of the teamwork from a global group of committed Nissan and NISMO racers in the car, garage and behind the scenes keeping the fans up to date. The news will reverberate from Australia to Japan and into Europe especially Belgium, Germany and the UK,” said Darren Cox, Global Head of Marketing, Sales and Brand, NISMO.