Ogier and Ingrassia leads the championship with 34 points

Volkswagen's Sébastien Ogier has extended his winning streak as he clinched the third round of the 2015 World Rally Championship (WRC) in Mexico.

Ogier and his co-driver Julien Ingrassia had a dominant performance during the third round of the 2015 WRC. The duo managed to finish in the top three on 20 of the 21 speacial stages. They even clocked the fastest time on nine of the 21 stages. As a result, Ogier and Ingrassia leads the championship with 34 points.

Ogier never looked back as soon as he took the lead during the second special stage. His selection of two soft compound Michelin tires proved to be the best option in battling the slippery gravel surface. Finishing in second place were Citroen's duo of Mads Ostberg and Jonas Andersson while completing the podium finishers were Volkswagen's Andreas Mikkelsen and Ola Floene. 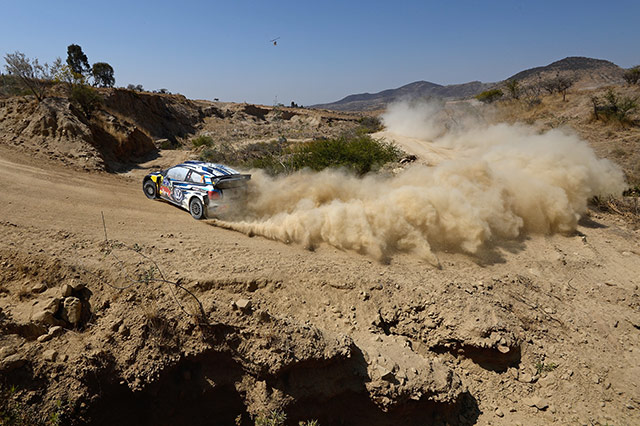 With this, Ogier said that having three wins in a row felt like a dream and his success in Mexico is brought upon by “meticulous” preparation.

“Three wins in a row and a 34-point lead in the World Championship – it feels like a dream. During the tests, I spent a long time working on finding a perfect chassis set-up for my role as road sweeper here,” Ogier said.

However, the 2015 Rally Mexico had a serious accident involving M-Sport World Rally's Ott Tanak and co-driver Raigo Molder. The pair were on special stage 3 when their Ford Fiesta RS slid off the road and crashed into a lake. Luckily, both of them managed to escape from their vehicle before it plunged to the bottom of the lake.