After competing in this year's Dakar Rally, Peugeot Sport recently unveiled the 2008 DKR16 which will take part in the 2016 season of the grueling rally championship. Described by the automaker as an updated and improved rally car, the 2008 DKR16 is longer, wider, lower and more powerful compared to its predecessor.

Design-wise, the DKR16 relatively carries over the look of the previous rally car but has shorter front and rear overhangs which is vital for its go-anywhere capability according to Peugeot. In terms of aerodynamics, the hood and roof-mounted air intake have been revised to provide better downforce between both ends of the DKR16. The redesigned air scoop also allows for better airflow. 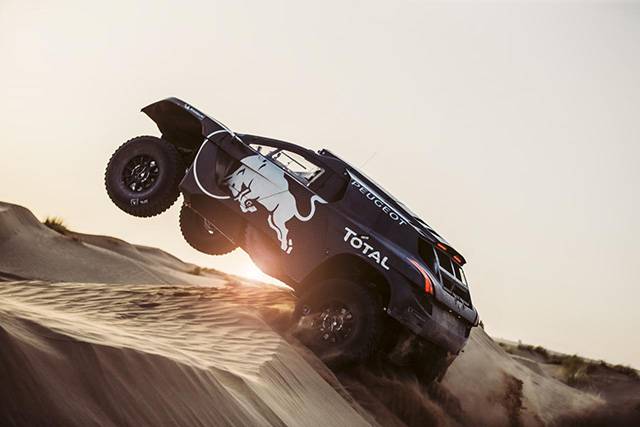 Underneath the carbon fiber body is its overhauled suspension that will be able cover rough terrain with better ease according to Peugeot. Weight distribution on the chassis has been improved as well after Peugeot opted to fit the rally car with lighter 17-inch one-piece wheels instead of the previous two-piece aluminum wheels. Rubber is provided by Michelin. 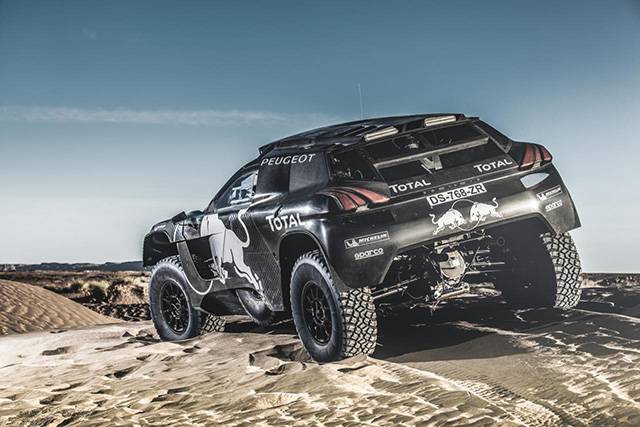 Driving the DKR16 is the same 3.0-liter twin-turbo diesel V6 that now produces 355 PS and 800 Nm of torque. Power is then sent to the rear wheels and is managed by a 6-speed manual sequential gearbox. It has a top speed of 200 km/h and has a redline of 5,000rpm. 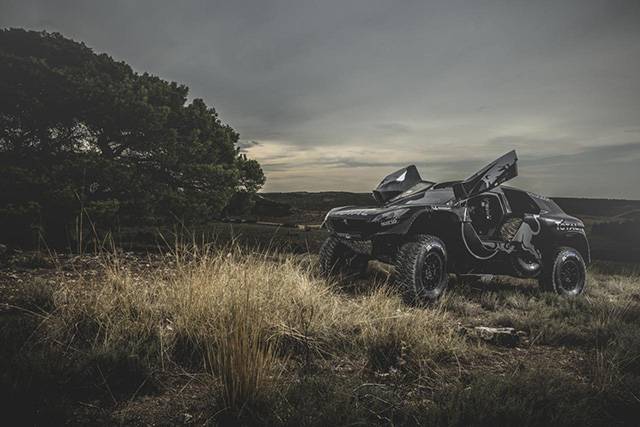 “There isn’t one big change that we have made on our car: instead it has been a series of small evolutions in different areas, which together we hope will amount to an overall improvement. The areas we have concentrated on include bodywork and aerodynamics – as a result of which the car looks slightly different compared to last year – as well as engine and suspension, which is all under the skin,” said Bruno Famin, Peugeot Sport Director.

The new rally car is still a work-in-progress as Peugeot engineers, along with help from Dakar veterans such as Stephane Peterhansel, Carlos Sainz and Cyril Despres put their individual inputs about the rally car's performance.