Overall winner of the event gets a surprise reward

The 2014 Pilot Sport Experience took place at the Sepang International Circult in Malaysia. The event itself had activities such as driving Formula 4 cars, Renault Clio Cup cars and Citroen C2 rally cars. Other activities included the Pit Stop Challenge, which let the participants feel what it is like to be part of the pit crew and to see who could change tires the fastest. Completing the event was a chance to sit on ultra high-performance racecars from Lamborghini Super Trofeo and Formula Le Mans 2 seater cars that were driven by motorsport champions.

“All the winners today have understood the spirit of Michelin. The winners have not only been exposed to the world of Motorsports but they also have been distilled the Michelin’s DNA which is our concern for safety.  I could only hope that all the winners would spread the message that only Michelin can deliver this kind of unique experience,” said Tony Menard, Michelin Passenger Car and Light Truck Marketing Director in Southeast Asia and Oceania. 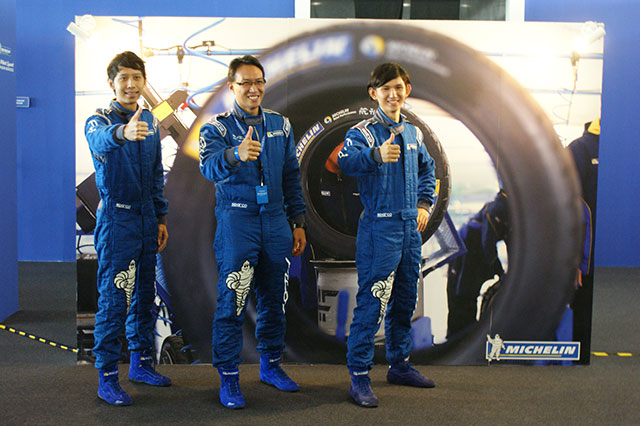 During the event, participants also competed for the title of 2014 Michelin Pilot Sport Experience Champion. The individuals were judged by their performances during the activities and were based on their driving prowess, concerns for safety, and understanding in following the direction and guidance of the instructors.

Francis Ivan Isada from the Philippines won 1st place in the Championship while 2nd place went to Mitchell Lukasz of Australia. Garnering 3rd place was Willy Vanily Teo of Malaysia. As overall champion, Isada also received a special prize, an exclusive all-expense paid trip to see the 24 Hours in Le Mans, France on June 2015. When Isada arrives at Le Mans, he will be flown on helicopter for a tour of the track and get to visit parts of the circuit that are restricted to the public.

“The award to Le Mans is a cherry on top of the icing on an already fantastic, amazing and superb event,” said Francis Ivan Isada.

Honda brings back the Pilot