Pirelli to use new super soft tires for 2015 F1 season

Two new tire compounds will debut at the upcoming 2018 Formula 1 season, giving teams more options to choose from as well as forming new strategies. A total of seven slick tire compounds will be made available starting the next season, compared than the five currently offered. Pirelli also claims that the new tires are even softer than this years, making them faster than ever.

Starting off with the softest compound tire in the range, hypersoft is colored in pink and will slot below the ultrasoft currently available. Pirelli claims it to be the softest tires they have ever made, allowing teams to push even harder. The name was chosen via a fan poll on a social media site. 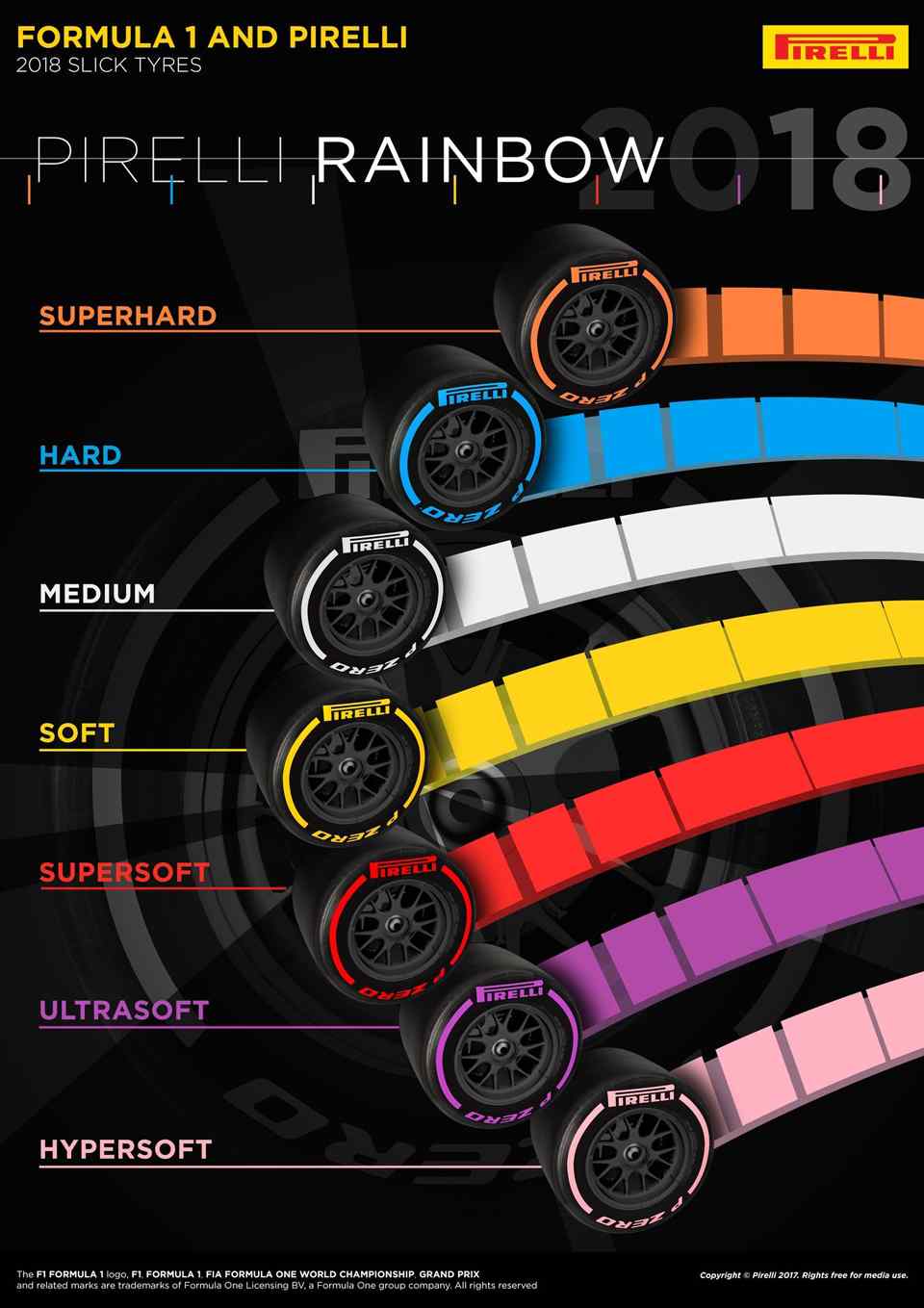 On the other end of the range, superhard, as the name implies, is the hardest tire choice available for 2018. Colored in orange, it replaces the hard compound which is now colored in ice blue. Pirelli describes it as an 'insurance policy' considering that tires for the next season have gone softer

Pirelli made the tires softer for next year as they feel the 2017 compounds were conservative. The new softer compound tires would allow them to reach their objective of having two pit stops at most races. Despite them being softer, the company claims their fundamental design concept will not change. Teams will still be able to push hard from start to finish, allowing for spectacular racing Pirelli says.

Formula 1 logo gets a new look for the 2018 season

Report: Pirelli to be bought by a Chinese company

One Tire to Roll Through All

Never a flat moment: How to safely change your flat tire