Lap times were not the focus

A couple of days ago, Pirelli revealed a computer-generated image of its 18-inch concept tire that may well be seen fitted to a Formula One (F1) car as early as 2016.

With this, the official tire supplier of F1 car tried out the new 18-inch tires during the second day of official testing at Silvertone. On-board the Lotus E22 F1 car equipped with the 18-inch tires, Charles Pic completed 14 laps and recorded a best time of 1:44.728, nearly 10 seconds off the fastest lap set on the current 13-inch tires.

Pirelli said that “lap times were not the focus” during the test at Silverstone. The tire maker clarifies that the 18-inch “concept tires [are] designed principally to showcase aesthetics rather than performance.” Furthermore, the objective of the test was to survey the reaction of the public to the new design. 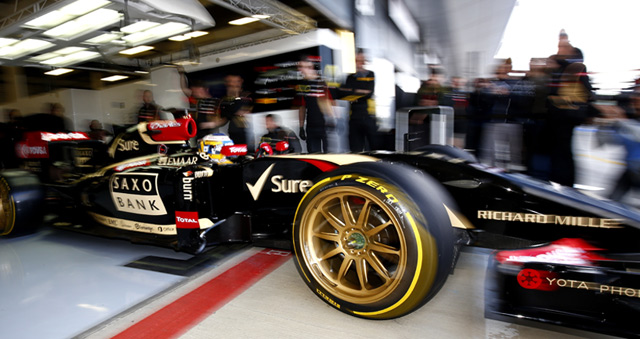 “In our view, the new tires looked stunning fitted to the Lotus and the reaction has already been felt all over the world. These are just a prototype concept, but if the teams decided that they wanted us to proceed in this direction, we have the capability to carry on development in this area,” said Paul Hembery, Pirelli motorsport director.

“Even though performance wasn’t by any means [the] priority [of the test], the new tires still behaved exactly in line with our expectations,” Hembery added.

Andreas Bakkerud and Petter Solberg round up the podium finish

Emira will be Lotus' goodbye to the combustion engine

Is Lotus planning to sell the Elise to another company?