Nico Hulkenberg to drive for Force India F1 team until 2017

After announcing that they will be entering a third car for the 2015 Le Mans 24 Hours last November 2014, Porsche recently announced Nico Hulkenberg as one of the Porsche Works drivers that will take part in the 2015 endurance race.

As Hulkenberg is the latest driver to join the team, Porsche let him test the 2014 919 Hybrid LMP1 prototype in Aragon, Spain last December 9 and 10 along with the other Porsche drivers; Timo Bernhard, Brendan Hartley, Marc Lieb, Romain Dumas, Neel Jani and Mark Webber. Hulkenberg completed 155 laps from both days, even getting to drive around the track at night.

“There were many new experiences in a very short space of time for me and I feel a hundred per cent positive. The 919 is great to drive. It has a lot of downforce in fast corners and the hybrid power to accelerate out of slow corners is impressive. The preparation from the simulator was very realistic and I found the night driving especially cool. I’m looking forward to further testing and, of course, to Le Mans," said Hulkenberg. 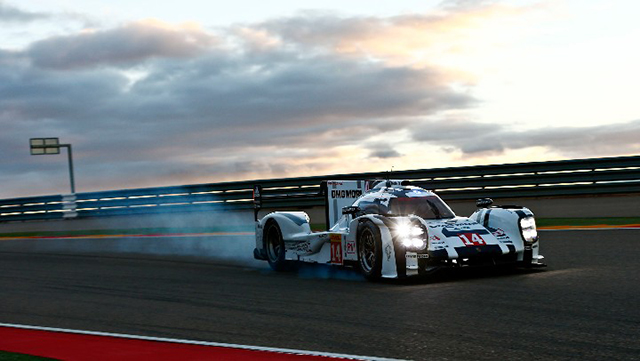 Porsche also stated that testing is currently underway for the 2015 919 Hybrid LMP1 that the company will use for next year's Le Mans 24 Hours. The German automaker did not state any powertrain specifics but they did say that it is 'a distinct evolution of the 2014 model' and has been 'optimized in almost every detail'. Porsche added that the 2015 race car can now adapt better to different track characteristics when it competes in the 2015 World Endurance Championship (WEC).

"The roll-out of a new race car is always a milestone, and anticipated with great excitement by everyone involved. It was our target to get the Porsche 919 Hybrid for the 2015 season on its wheels before Christmas, and now we have achieved this,” said Alexander Hitzinger, Porsche's LMP1 Technical Director.