Last year, Porsche announced that they will be exiting from the LMP1 class of the FIA World Endurance Championship (WEC) by the end of the 2017 season. Now that the 919 Hybrid has been retired, Porsche has decided to give the championship winning vehicle a proper send off by holding something they call the ‘Tribute Tour’.

To do so, they have reworked their Le Mans winning 919 Hybrid into the 919 Hybrid Evo – a lighter, more powerful and aerodynamic version of the LMP1 car. Essentially, it is a car that isn't restricted by the WEC’s many rules and regulations such as the mandated fuel-flow meter. 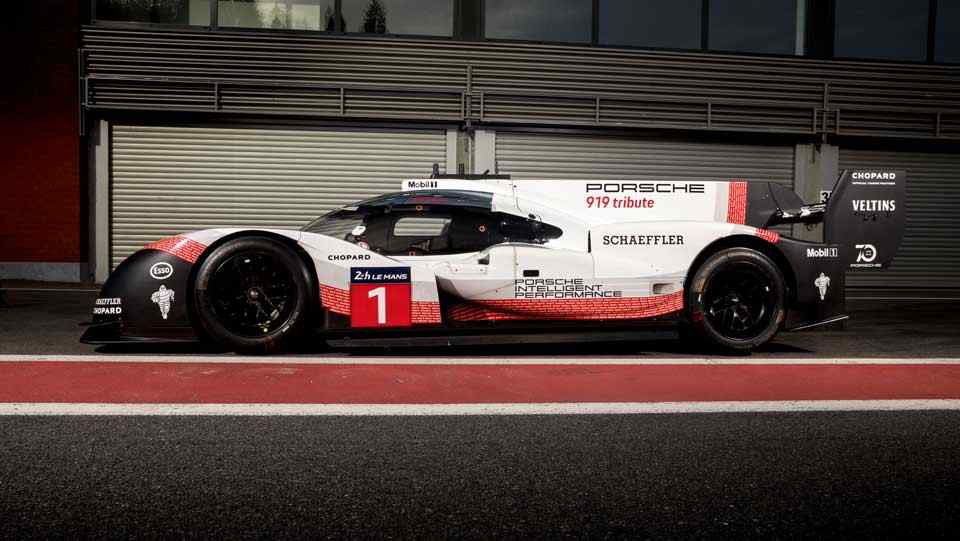 As a result, the 919 Hybrid Evo was able to set a new lap record at the Spa-Francorchamps circuit in Belgium, beating the previous lap record set by Lewis Hamilton in the Mercedes W07 Formula 1 car during last year’s qualifying. Driven by Neel Jani, the 919 Evo complete the lap in 1:41.770, 0.783 seconds faster than the lap set by Hamilton which was 1:42.553. In comparison, the unrestricted 919 was also 12 seconds faster than their previous qualifying lap at the 24 Hours of Spa last year.

“The 919 Evo is brutally impressive. It is definitely the fastest car I ever drove. The grip level is at a fully new dimension for me, I couldn’t imagine this amount beforehand. The speed on which everything happens on a single lap with the 919 Evo is that fast that the demand on reaction speed is very different to what I was used to in the WEC,” said Jani. 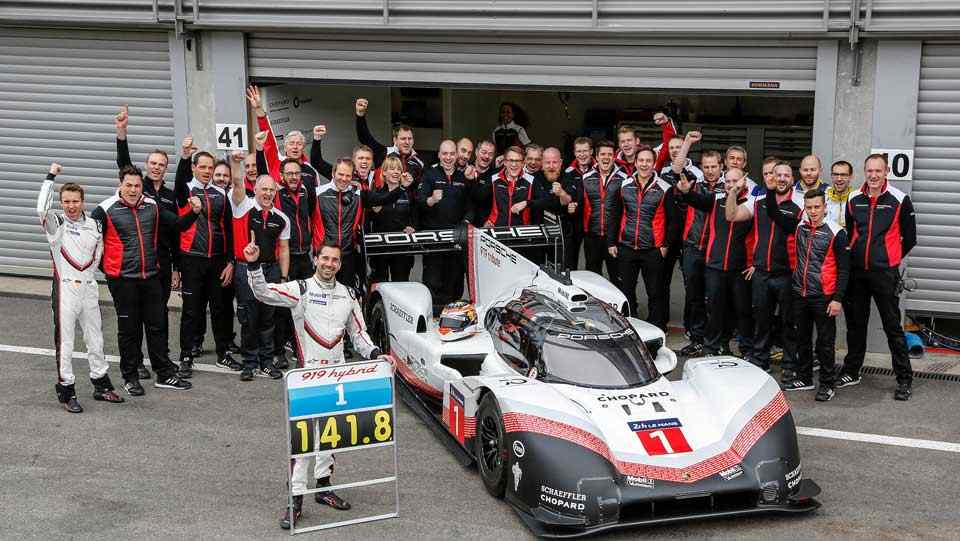 Porsche says the 2.0-liter turbocharged V4 now produces 720 PS. Meanwhile, power from the electric system has also been increased to 440 PS. There are new larger front and rear wings which have an ‘actively controlled drag-reduction’ system. The revised aero setup allow the 919 Evo to produce 53-percent more downforce the 919 which ran at Spa last year.

After setting a new record at Spa, the 919 Hybrid Evo will be heading to the Nordschleife to do a ‘demo lap’ before the start of the 24 Hours Nurburgring this coming May, though we doubt if Porsche will intentionally beat the incredible 6:11.13 lap record set by the late Stefan Bellof back in 1983.

Test your skills in the second season of Formula 1 ESports