Another Success at Circuit Showdown

Circuit Showdown 2013: The final Batangas leg has been concluded

The 2013 GT Radial-Circuit Showdown embarked on their third leg last May 4, 2013 on the Batangas Racing Circuit with plenty of competitors and action on tap. The regulars continued to improve and show what a lot of practice and persistence does actually pay off.

Rounding up the Time Attack with the fastest time of the day was Rafael La 'O with a time of 1.47.071

The Grid races were a delicately orchestrated dance of man and machine as the drivers were able to maneuver through the traffic and twists and turn of the track with ease, leaving the weekend without any incident. In Grid C top spots were awarded to Marcus Timbol, Al Lacambra & Luigi Cupino after 2 drivers were given penalties for breaking out the. In Grid B with yet another 2 breakouts and several DNF's, Michael Co, Christopher Guerzon & Mark Sy emerged as winners. Lastly in Grid A, the point battle increases as the top 3 competitors duke it out for supremacy. Rafael La 'O had a runaway victory followed by Eggy Ong and Marc Thomann. 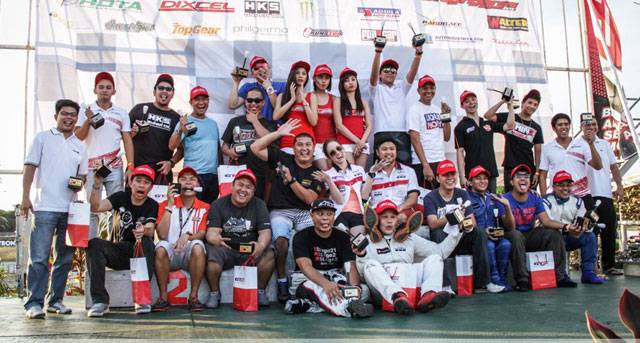 The next Circuit Showdown event will be at the Batangas Racing Circuit on June 1, 2013.

Plaridel Bypass Road to by fully accessible by July 2018