Just before the F1 season starts in Australia this weekend, the Renault F1 Team revealed their revised livery which they will be running for a large part of the year.

The new race car is now predominantly yellow with black highlights on the side pods and rear wing. With this revision, the Formula 1 car now follows the flagship paint scheme of road-going Renaultsport models. "It is matte, which has some connection with the road cars. You can see some bits of black which we decided to keep because we understand there was a lot of enthusiasm for the car we tested over the winter. You can also see some gold at the back of the car. It will be even more visible on the race car - which is a statement for where we want to go and nothing less than that." said Cyril Abiteboul, Managing director of Renault F1. 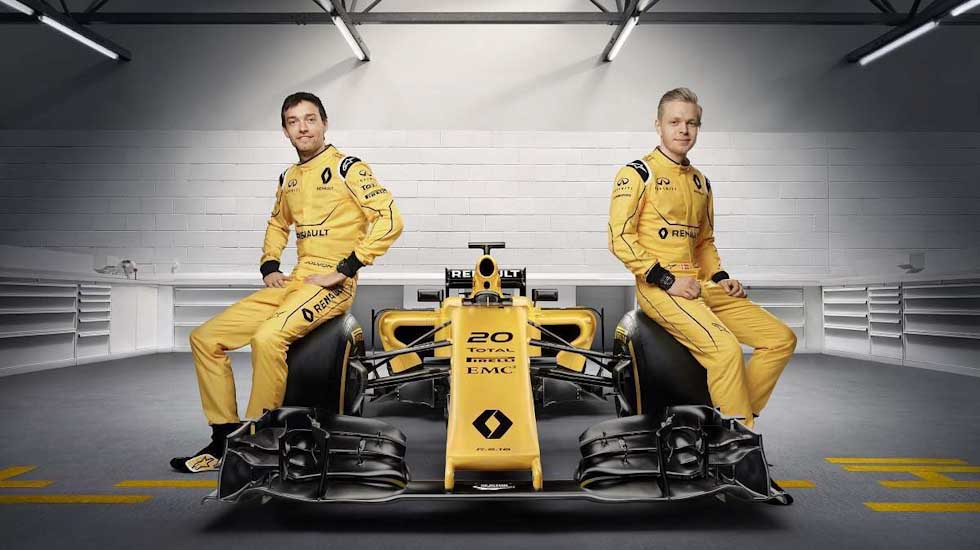 The color yellow is also deeply rooted in Renault's motorsport history. Since 1946, the French marque has always added a touch of yellow on their race cars, be it in Formula 1, touring cars or in rallying. According to Renault, the livery is also a homage to the first ever Renault F1 car, the RS01, and the first Renault to win F1, the turbocharged RS10.

Apart from the new livery, the team is also considering running “Art Cars” (similar to what BMW does in racing) during the season. Speaking to Motorsport.com, Abiteboul said, "We want to create a little bit of a talking point and buzz, so expect to see that sort of thing to be played with. The car is a fantastic platform. It is a billboard and I am just surprised that people don't play more with it. I know that there are rules and you are not supposed to change too much – but we are going to push that. It is such an obvious and cheap thing to do when you want people to talk about it."

McLaren gears up for the racetrack with McLaren 570S GT4

Rise and shine with the Lexus LC Yellow Edition