Will have a curb weight of 1,100kg and will house a Nismo engine

Williams teases on the new look of FW36

Renault has divulged the R.S. 01, which the French automaker dubbed as a “simply spectacular race car.”

The R.S. 01 was first teased in the month of June wherein Renaultsport showcased the car’s lines and silhouette. Now, the second teaser shows a sample of the car itself, along with its side contours and shapely rear end that is equipped with a large wing.

The kicker of the video tease was the sound of the engine starting up and revealing the official debut of the car on August 27 during the 2014 Moscow Motor Show. 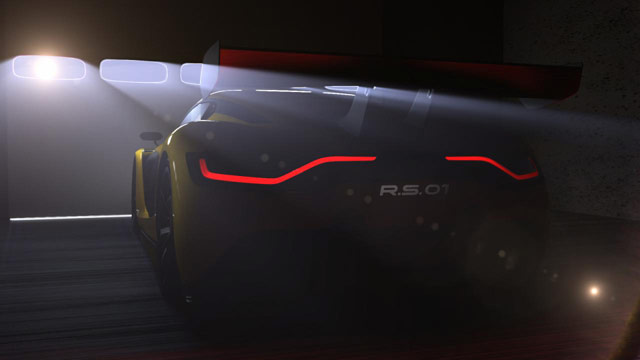 The car's monocoque chassis is built entirely out of carbon fiber, giving the car a curb weight of 1,100 kg. Dallara, an Italian chassis manufacturer, was tasked in creating the car’s unique monocoque construction.

The engine that will power the R.S. 01 will be a Nismo engine that is rated to produce more than 507PS and is connected to a 7-speed sequential gearbox that was developed by Sadev, a French company that specializes in gearboxes and gearbox accessories. Lastly, Michelin will provide the tires that are specific to the R. S. 01

The automaker says the R.S. 01 is aimed to compete in the World Series by Renault, which will include a new category next year.

Following the launch of the 2020 Renegade and Compass, Gladiator pick-up truck to be revealed soon