Sitio Langub in Davao City recently held the third race of the 2015 NASFOR Extreme Off-road Challenge which saw thirty off-roaders battle it out for the fastest time.

The specially-prepared track was provided by host-club 4Wheelers Davao and consist of three tracks labled A,B and C. Securing the best time was Reynan Jayme of Waig Adventure Club who was able to complete all three tracks with a combined time of 26:47.36, granting him 72 points. 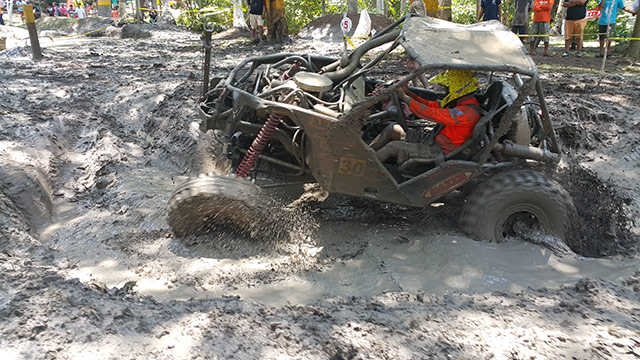 Overall, leading in this year's Driver of The Year title is Reynan Jayme who has a total of 93 points while at second is Jaime Pietro Garbes of Kapampangan Racing Team who has 70 points. At third place is Jiggy Rodriguez who has 62 points and is a fellow member of 4Wheelers Davao.

The first leg of the competition was held last February 28 to March 1, 2015 in Laoag, Ilocos Norte followed by the Mayor Dibu S. Tuan Off-road Challenge in Tboli, South Cotabato the week after.

The NASFOR Extreme 4x4 Challenge is presented by Maxxis tires and sponsored by 199OffRoadhouse, RaceTech Suspensions, and Toptul.

Like Baguio, Davao wants to ban mobile phones while walking too