Daniel Ricciardo clinches first win of the season in China

With a dominating performance during qualifying, Scuderia Ferrari appeared poised for yet another win for the 2018 season. However, it would be Daniel Ricciardo and Red Bull Racing who would take the top step on the podium after the Australian driver made a series of bold moves to get to the front.

At the start of the race, it was Vettel making waves and driving away from the pack. Team mate Kimi Raikkonen had a better start but Vettel fended off his fellow Ferrari pilot. Raikkonen had to lift off the throttle and allowed Valtteri Bottas to take second. Verstappen was trying his best to get to the front and went wheel to wheel with Raikkonen on the outside of the turn. Raikkonen eventually stopped sliding down the order when he blocked off Lewis Hamilton for fourth place. 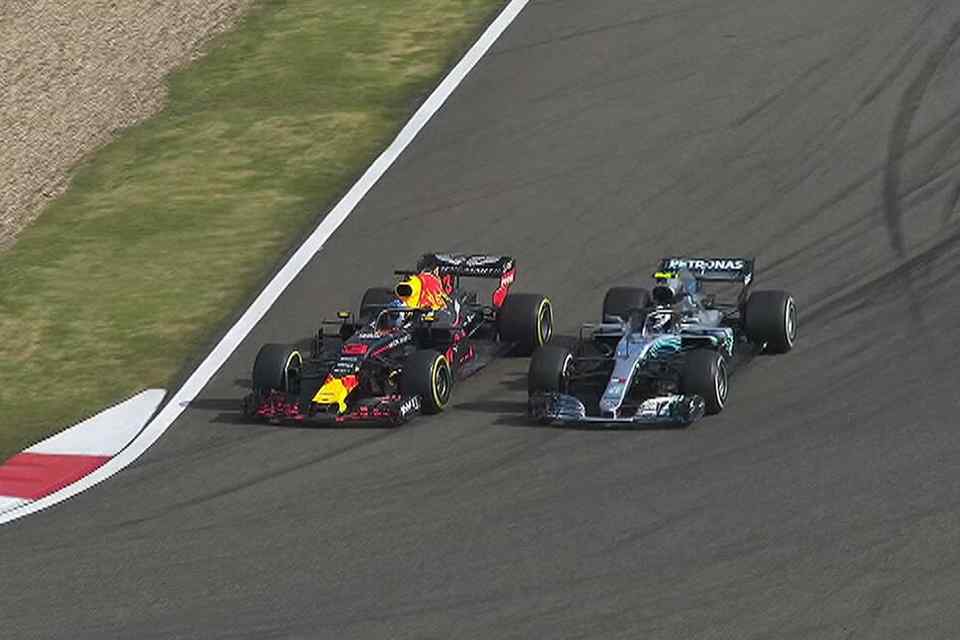 For about 20 laps, the race was calm, right until the the first window of pit stops. Mercedes-AMG opted to go for an undercut strategy which paid off for Bottas for a few laps. Vettel and Raikkonen pitted later and, with fresher tires, proceeded to chase after the new leader. Raikkonen initially had the run on Bottas but was swiftly blocked. Both were compromised into the corner entry and it allowed Vettel to slip past Bottas for the lead.

Perhaps one of the key moments of the race was the incident between the Toro Rosso drivers. Pierre Gasley ran into the back of Brendon Hartley. The collision scattered debris all over the corner and the safety car had to be brought out for marshals to pick up the pieces. With that, Red Bull called both Verstappen and Ricciardo to the pits for a fresh set of tires. Mercedes-AMG and Ferrari were not able to get new tires as the call was made when their cars drove past the pitlane. At this point, the top three consisted of Bottas in the lead, Vettel in second and Hamilton in third. 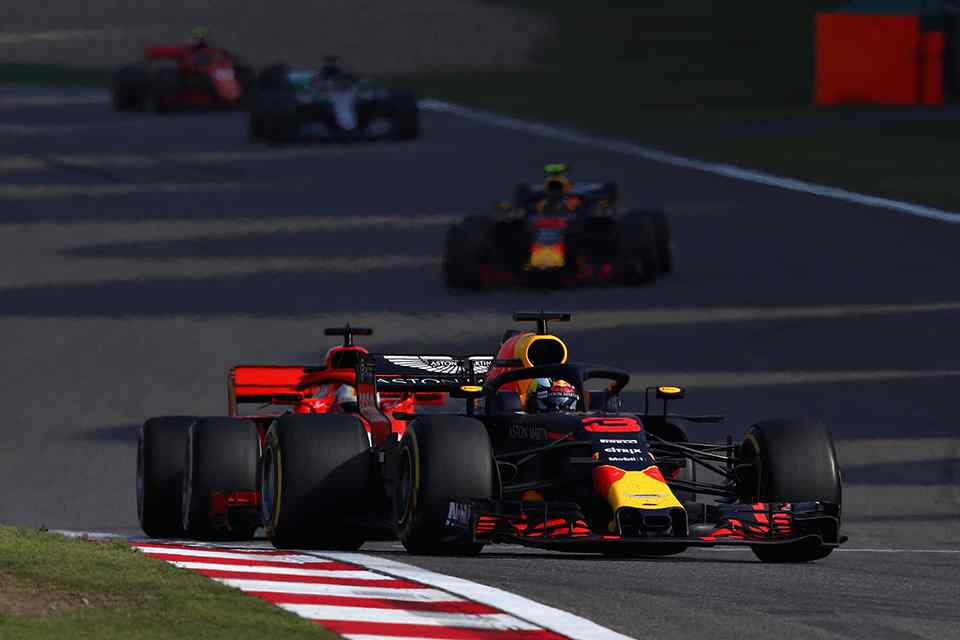 When racing resumed, Ricciardo began making his charge to the front with 20 laps to go. He first picked off Raikkonen with a dive into a tight turn. Verstappen's daring maneuver on Hamilton cost the Dutchman valuable time, allowing Ricciardo to move up another place. Ricciado kept moving up positions when he made yet another dive, this time on Hamilton's Mercedes-AMG. A few laps later, a DRS-assisted pass promoted Ricciardo to second and demoted Vettel to third. 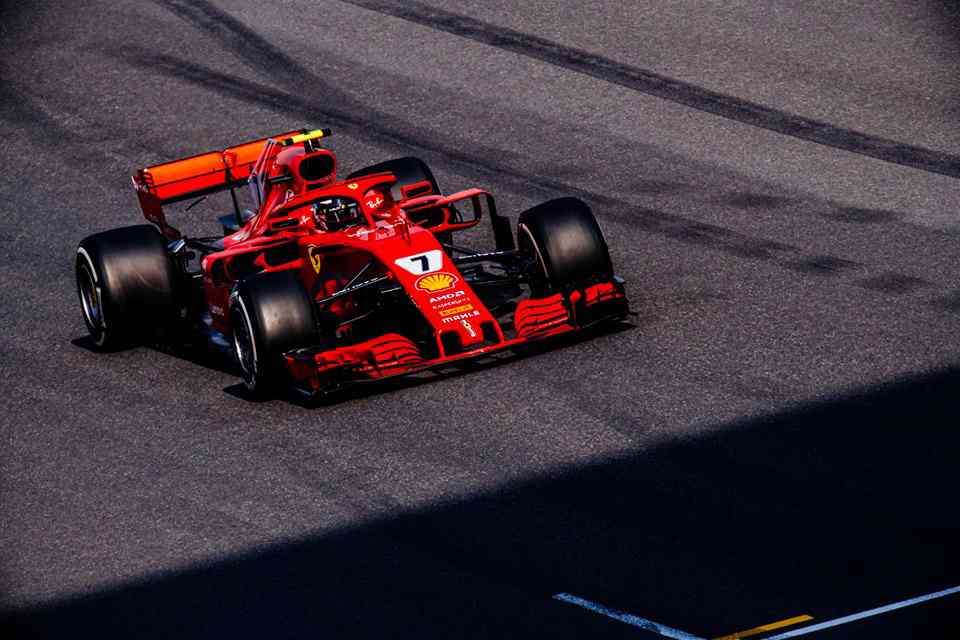 Verstappen tried to follow his team mate's rise to the front but ended up tagging Vettel, causing both of them to spin out. Both were out of contention for the win while Raikkonen moved up to third. No safety car was called out. Back in front, Ricciardo made his boldest move of the race. Bottas was heavily defending his lead but Ricciardo had a strong run into the hairpin. Bottas tried closing the gap but Ricciardo persisted, lunged late on the brakes and forced Bottas to concede first place with less than ten laps to go. 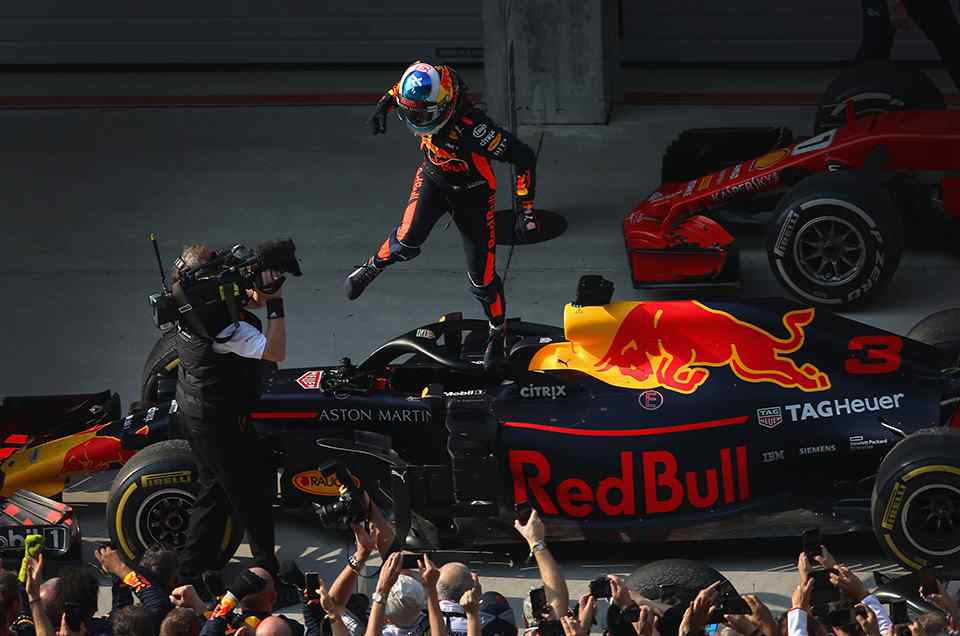 Ricciardo then drove away from the pack and, eventually, finished in the lead over nine seconds ahead of Bottas. Occupying the final slot on the podium was Raikkonen who was initially struggling with the car. Verstappen crossed the line in fourth but was slapped with a ten second penalty for running into Vettel. That meant Hamilton would be classified in fourth and Verstappen in fifth. 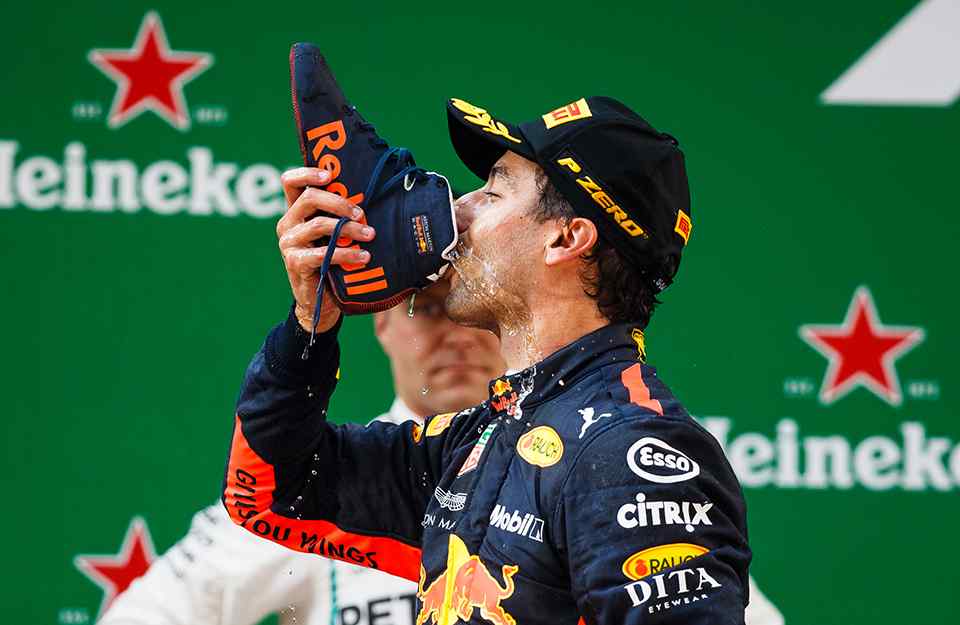 With that, the 'shoey' returns to the podium.

How to check, evaluate, and test drive a Chinese car

Philippines: the next battleground for China's gargantuan auto industry?