Grosjean along with teammate Ogier took second place for France in the Nations Cup just the night before.  All sixteen drivers were split into four groups of four, battling for the right to line up in the knockout stages.

Eager to defend his title, reigning champion Ogier began in dominant fashion, taking three wins out of three in Group A. Coulthard also advanced with his two wins against V8 Supercar king Jamie Whincup and Production World Rally Champion Benito Guerra. Whincup beat Guerra but neither driver made it any further.

Tung was the surprise package of Group B. After falling to an initial defeat against touring car great Andy Priaulx, the Chinese driver recovered to top the group, beating Kristensen and home favourite Nattavude Charoensukawattana. The Thai prompted one of the night's biggest cheers when he defeated Priaulx, meaning the last quarter-final berth was decided by a shootout between Kristensen and Priaulx. That went to the Dane after Priaulx went off into the barriers.

In Group C, reigning triple F1 World Champion Sebastian Vettel scored an aptly three wins out of three including a victory over 2012 MotoGP world champion Jorge Lorenzo. The group also included another two-wheel legend in Mick Doohan, who defeated Lorenzo in their heat. Local favorite Tin Sritrai sent the Thai crowd cheering and up from their seats wild as he beat Lorenzo and even managed to crossed the line ahead of Doohan, only to miss out on qualification due to a costly time penalty.

Schumacher and Grosjean both progressed comfortably from Group D - but it was the German who came out on top this time to keep his undefeated record intact with three wins to Grosjean's two. 2012 IndyCar Series champion Ryan Hunter-Reay took a single victory against Kazuya Ohshima, Japan's qualifier from ROC Asia, but it wasn't enough to keep the American in the competition.

The quarter-finals would produce interesting results as reigning champion Ogier would find himself elimnated by Kristensen, while youngest triple F1 world champion would fall to Grosjean. It was a Formula One dominated Race of Champions this year as both David Coulthard and Michael Schumacher would make it through to the semifinals defeating Tung and Doohan, respectively. The ROC has long been dominated by rally drivers. 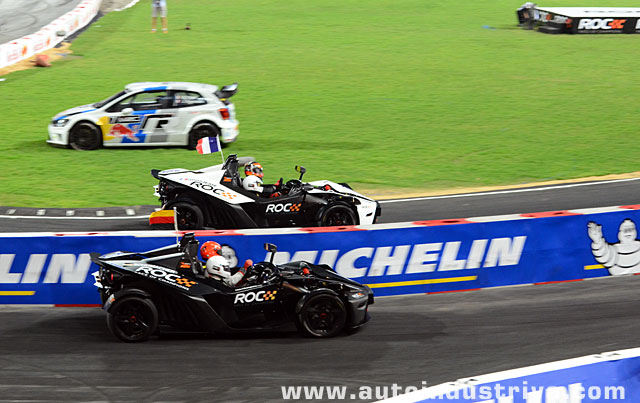 An even more exciting semifinals ensued as Kristensen beats Coulthard in a hotly contested battle to advance to the finals, while a very much inspired Grosjean would find himself beating seven-time F1 champion Schumacher for his chace at the trophy as well after another tightly fought battle. 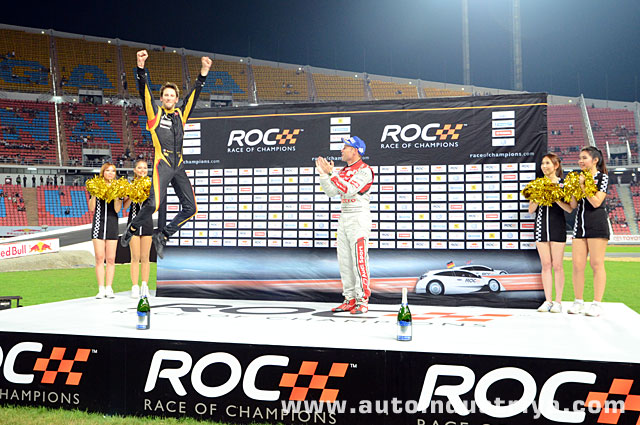 In the end, it would be Grosjean beating Kristensen in both heats to emerge as the 2012 Champion of Champions. Twelve-year ROC veteran Kristensen ends up runner-up for the second consecutive year. Grosjean redeems himself after an incident filled 2012 F1 season and being labeled as the 'bad boy' of F1.

The GP2 Series organizers have revealed their 2013 calendar today which will consist of eleven rounds in total, all of which supports events of the official Formula One World Championship.

German drivers Michael Schumacher and Sebastian Vettel have just added another title to their already successful racing careers as they won their sixth straight ROC Nations Cup in Bangkok, Thailand.