After losing his championship lead in the Hungarian Grand Prix, Nico Rosberg has bounced back to claim his very first win in Spa at the 2016 Belgian Grand Prix. Rosberg capitalized on his team mate's grid penalties as he cruised to victory. 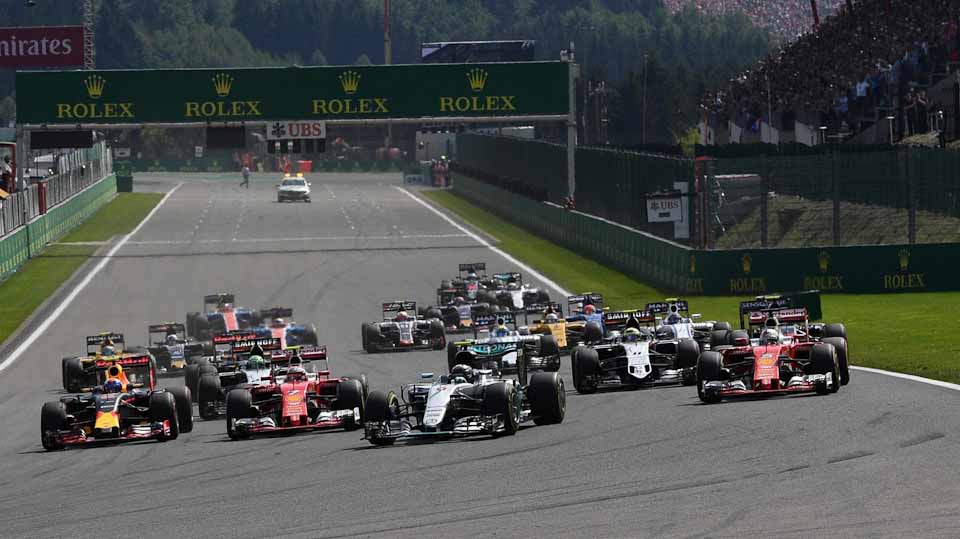 While Rosberg had a mostly uneventful run, the rest of the field had a chaotic first half of the race. When the red lights went out, Rosberg pulled away from the pack with Max Verstappen and Kimi Raikkonen chasing after the Mercedes-AMG driver. By the first turn however, drivers scattered as Verstappen makes contact with the Ferraris of Sebastian Vettel and Raikkonen which left the latter facing the wrong way. Making the most of the first turn incident were Nico Hulkenberg and Daniel Ricciardo who were now in second and third respectively. Hamilton meanwhile leapfrogs his way to the top ten. 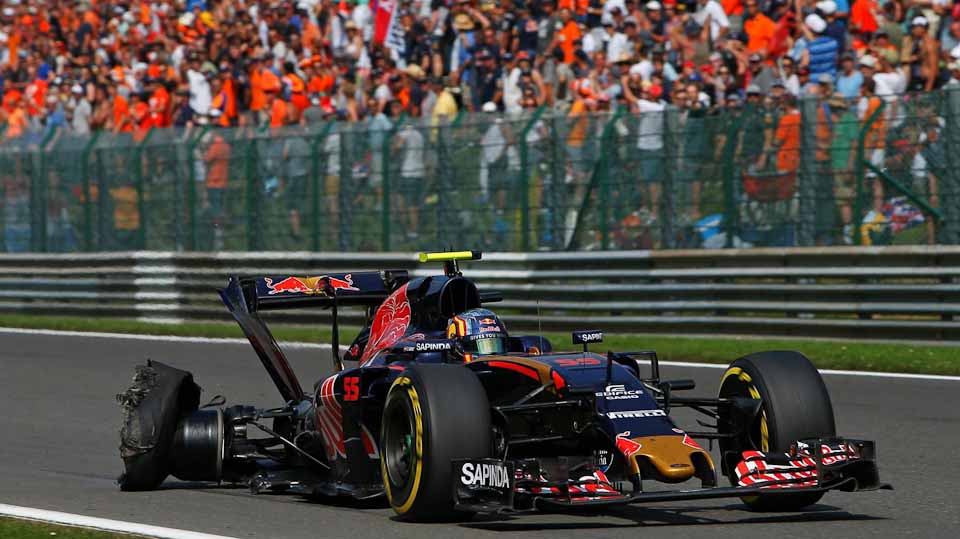 The contact with the two Ferraris saw Verstappen slipping down the order. Raikkonen's dramas were far from over however. As he dove to the pits for a front wing change, his car briefly caught fire but, fortunately, the crew were able to put it out quickly. Back on track, the scattered debris claims its first victim. Carlos Sainz Jr. blows a tire upon exiting Les Combes and the remnants of the Pirellis snag on the rear wing, breaking it off in the process. He retires from the race.

On lap six, Renault's Kevin Magnussen loses the back end of his car, sending him into the tire barrier at high speed. The impact was strong enough to knock the headrest out of the car but thankfully, Magnussen emerged relatively unscathed, limping out of the car. Race officials decide to bring out the safety car then eventually red flag the race to repair the demolished tire wall. While all of that was happening, Hamilton had entered the top five and Fernando Alonso in the top ten. 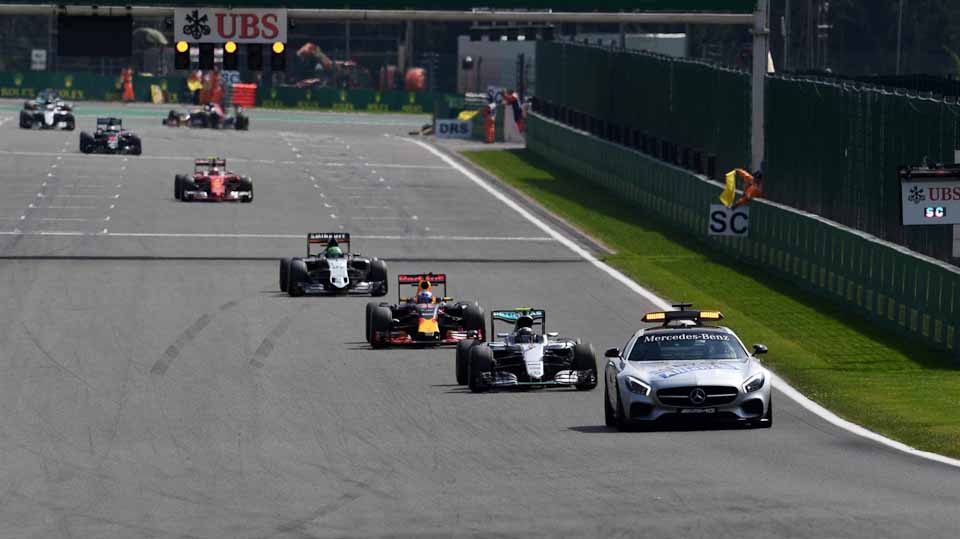 Racing resumed with Rosberg in front, Ricciardo in second and Hulkenburg in third. Alonso, sitting in P4, slipstreamed Hulkenburg to grab third with Hamilton in tow. The McLaren driver then ran wide, handing his podium spot back to Hulkenburg and was also overtaken by Hamilton. More sparks would fly between Raikkonen and Verstappen as the rookie made contact with the Ferrari. The two emerged relatively unscathed as Raikkonen went on a tirade on the team radio, saying Verstappen was interested in running him off the road.

The race went on without incident and Rosberg's lead continued to grow. Ricciardo was sitting comfortably in second but Lewis Hamilton was able to reel in Nico Hulkenburg, claiming third. By the halfway point of the race, Hamilton had leaped 18 places to reach third, an amazing recovery drive. 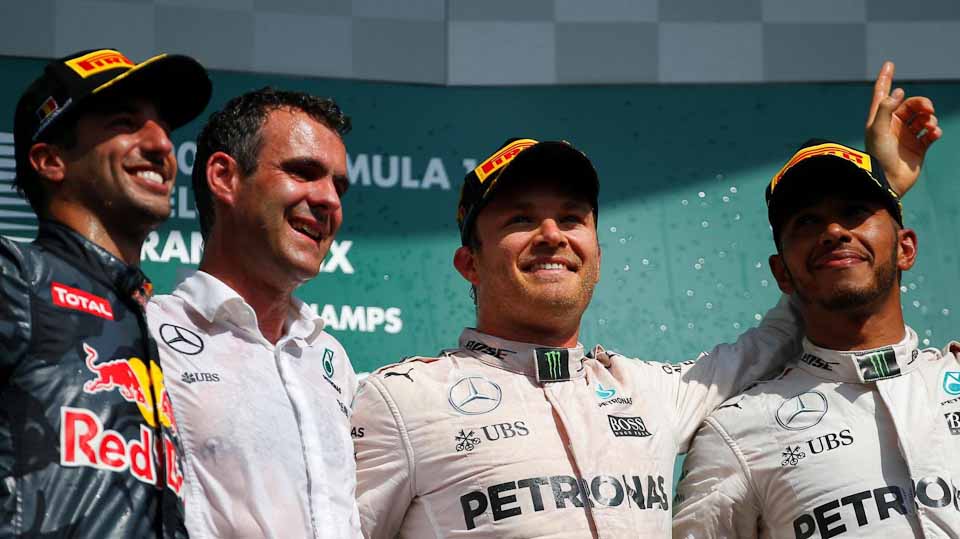 Towards the end of the race, the field began stretching the limits of tire life. While Rosberg reported no problems, Ricciardo said that he was starting to feel the loss of grip. Hamilton, who pitted later, was gaining on the Australian and was one DRS overtake away from second place. Ricciardo was able to hold off Hamilton as the latter degraded his tires but at the expense of giving Rosberg a healthy lead. Rosberg crossed the line first with Ricciardo some 14 seconds behind.

Lweis Hamilton finished third after a chaotic Belgian Grand Prix and in fourth was Nico Hulkenburg. Fifth place went to Sergio Perez, benefiting from the chaos of the opening laps, along with Sebastian Vettel and Fernando Alonso crossing the line sixth and seventh respectively. Rounding up the top ten were Valtteri Bottas, Kimi Raikkonen and Felipe Massa.