Nico Rosberg concludes his 2015 Formula One (F1) season with a third consecutive win in Abu Dhabi, ahead of his Mercedes teammate Lewis Hamilton and Scuderia Ferrari’s Kimi Raikkonen. The German defeated Hamilton for the third consecutive race with a dominating performance.

Rosberg had a good start from pole which allowed him to build his lead over Hamilton who was stalking behind the German driver. Rosberg managed to maintain his focus all throughout the race and finished 8.27 seconds ahead of Hamilton.

Rosberg pitted on lap 30 of 55 while Hamilton decided to take a risk and extended his tires further in an attempt to steal the race. After going on for about 10 laps, Mercedes told Hamilton to enter the pits and emerged 12.5 seconds adrift of the lead. Hamilton reduced the deficit to 6.8 seconds with four laps to run, but his efforts came to no avail as Rosberg cruised to victory. 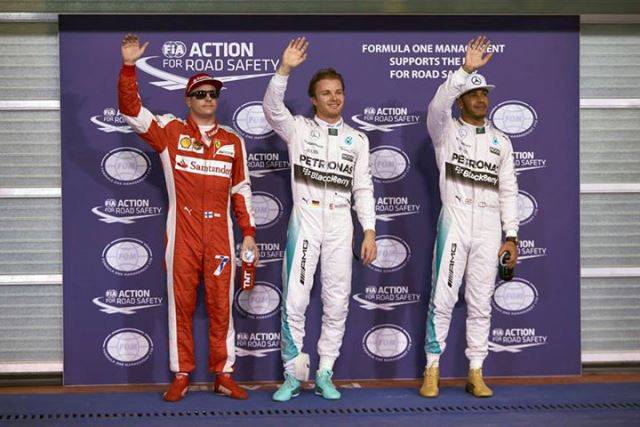 Behind the two Mercedes, Ferrari’s Raikkonen drove an untroubled race to finish in third and clinch the fourth spot in the drivers’ world championship ahead of Williams’ Valtteri Bottas. Meanwhile, Sebastian Vettel, who came up from 15th on the grid, managed to make his way around the pack and finished the race in fourth.

McLaren-Honda’s Fernando Alonso had a bad race. The Spaniard hit Lotus’ Pastor Maldonado at the first corner and was given a drive-through penalty. However, Alonso argued that he had been punted into Maldonado’s Lotus by Sauber’s Felipe Nasr. Alonso finished 17th while Maldonado was the only non-finisher.

In the contructors’ standings, Mercedes AMG Petronas dominated this season with 703 points. Their closest rival was Scuderia Ferrari with 428 points while Williams finished third overall with 257.