Nico Rosberg continues his dominant performance this season with his win in the 2016 Chinese Grand Prix. Rosberg was able to avoid the drama of the opening laps and cruise to victory after the safety car period.

It wasn't smooth sailing for Rosberg however. He had botched his start and handed the lead to Daniel Ricciardo, relegating the current series leader to second. More action would happen in the first turn. Sebastian Vettel attempted to dive on Raikkonen only for the latter to turn sharply into the first turn, damaging both Ferraris. The reigning champion, Lewis Hamilton, also ran into trouble when Felipe Nasr ran into the back of Hamilton's car and forcing him to go to the pits for repairs. 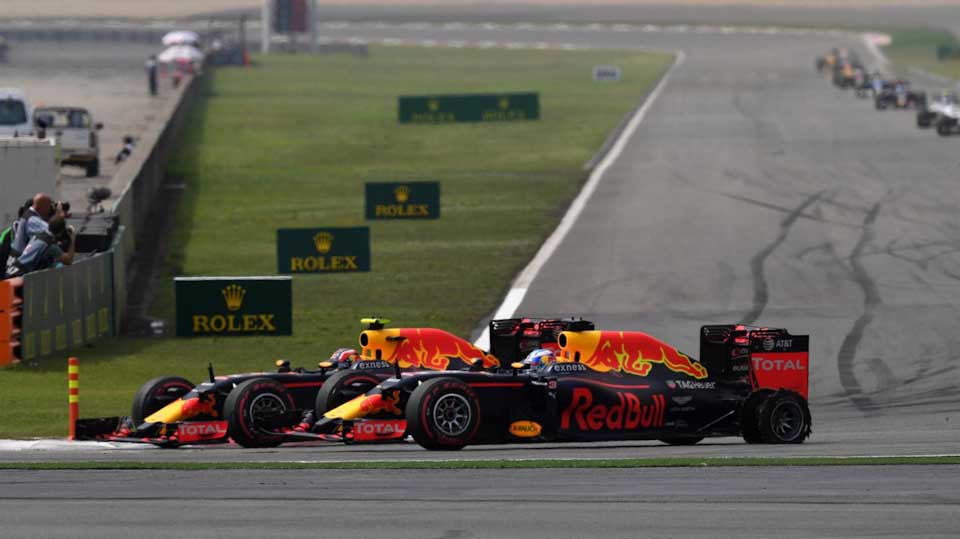 With all the debris littered across the track, Ricciardo's lead would eventually disappear after he blew a tire on the back straight. The Australian's misfortune was Rosberg's gain, grabbing the lead by the third lap. The safety car was deployed on the fifth lap to pick up the debris on the track.

During the safety car period, several drivers took the opportunity to pit and among those were the damaged Ferraris of Raikkonen and Vettel. The race restarted on lap nine with Rosberg in the lead followed by Felipe Massa in second and Daniil Kvyat in third. With repairs made, the Ferraris were soon climbing up the field again and Vettel eventually overtook Massa who was slipping down the order. 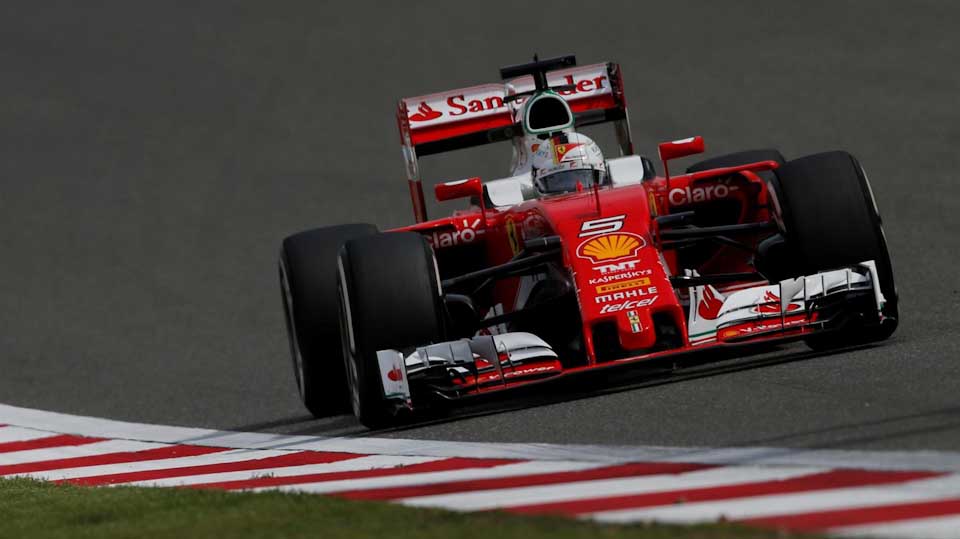 As the race progressed, Rosberg opened up a 13 second lead to Kvyat and pitted on lap 21. Rosberg left the pits with his lead intact. The second round of pitstops saw Vettel snatch second away from Kvyat while the latter was in the pitlane. With 15 laps to go, Rosberg is almost thirty seconds ahead of Vettel, lapping cars as he went along. Meanwhile, Vettel was sitting comfortably in second and so was Kvyat.

Despite repairs, Hamilton was still nursing the damage from the first lap incidents and struggled all night. The Briton later went all out to go for a top five finish. With the top three well ahead, it was now a fight for fourth and fifth. Ricciardo was able to turn his fortunes around during the latter half of the race. He was able to take fourth away from Massa. Raikkonen was also on a recovery drive, sizing up Hamilton, who was in fifth. Hamilton's struggles continues as he lost fifth to both Raikkonen and Massa. 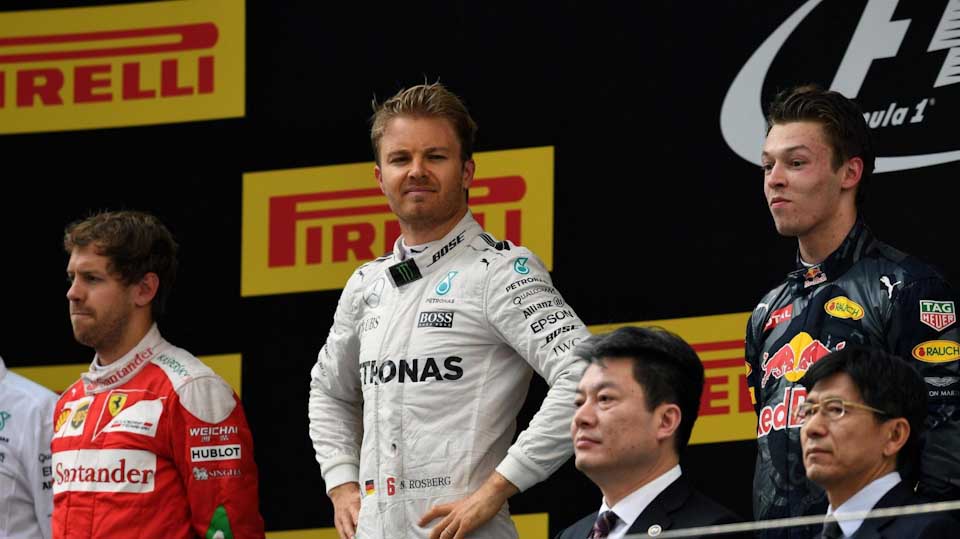 Unchallenged since lap nine, Rosberg took the win with a 37 second lead over Vettel. Kvyat also cruised to third. Daniel Ricciardo eventually finished fourth despite the tire blow out, followed by Raikkonen in fifth. Felipe Massa was able to keep sixth while Hamilton finished seventh. Rounding up the top ten were Max Verstappen, Carlos Sainz Jr. and Valtteri Bottas.

Made in China: a look at the evolution of the Chinese automobile

Philippines: the next battleground for China's gargantuan auto industry?

These UP students won Toyota's contest without much car knowledge