Sauber reveals the new C33-Ferrari for the 2014 F1 season

“Due to the radical changes in the technical regulations, predictions are simply impossible to make at this stage. Even more so than in previous years, any impression of how the teams stand against each other will only emerge once winter testing has been completed. That is also when we will announce our goals for the 2014 season. One thing’s for sure: reliability will be of the essence, especially at the beginning of the season,” said Monisha Kaltenborn, Sauber F1 Team Principal.

The C33-Ferrari is powered by a 1.6L turbocharged V6 engine along with the energy recovery system (ERS) and new gearbox supplied by Ferrari. With the ERS, drivers will be able to have a 163 ps of power for 33 seconds per lap. The new eight speed gearbox is also one of the many changes that can be found in F1 cars because of the new regulation. 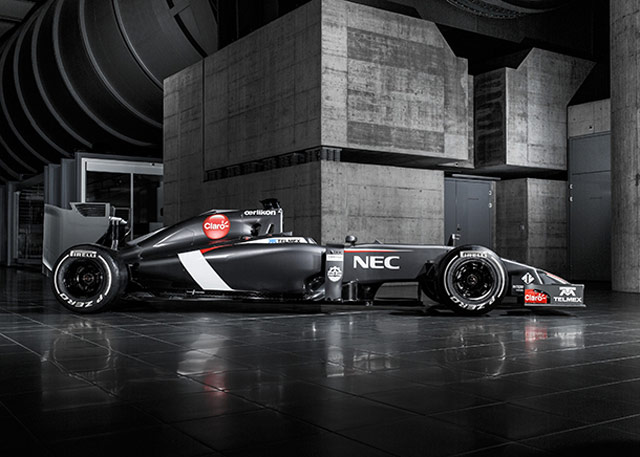 The aerodynamics of the new C33-Ferrari include a new design for the front wing which now 7.5 centimeters narrower as compared to the previous car. New design also applies for the front suspension of the car as set by the new regulation. On the other hand, the exhaust tailpipe of the C33-Ferrari is positioned between the two pylons.

The most obvious design change of the C33-Ferrari is the very low snout-like nose. This design change can also be seen on other F1 cars because it is part of the new regulation. FIA says incorporating a lower nose on the design promotes safety to the driver during the nose to rear wheel collision impact.

Another challenge for the engineers is to catch the weight limit under the new regulation. Engineers also had to make the sure that the cooling system will be enough. Furthermore, the new concept of the brake system  is also a new feature for the new F1 cars such as Sauber’s C33-Ferrari.

“We know what kind of package we’ve put together here, but it is difficult to foresee what shape our rivals are in. The earliest opportunity to gain an impression of where the teams are in relation to one another will come during testing” said Gandelin.

Esteban Gutiérrez and Adrian Sutil will be the drivers for the Sauber F1 team in the upcoming season. 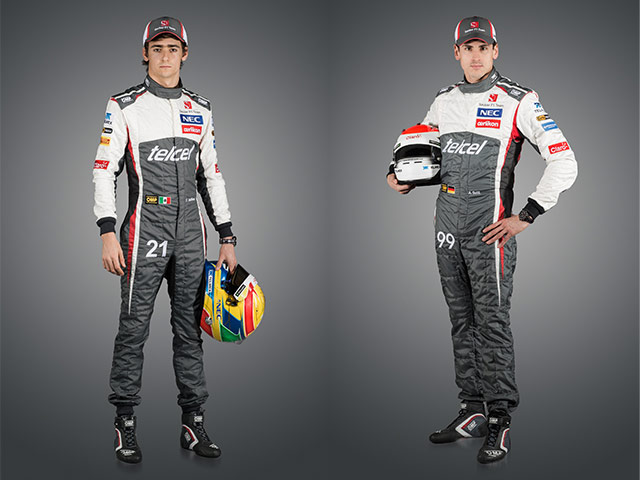 A new racing circuit is currently being constructed at the Tarlac Recreational Park in San Jose, Tarlac.

Ferrari GTC4Lusso launched in the Philippines